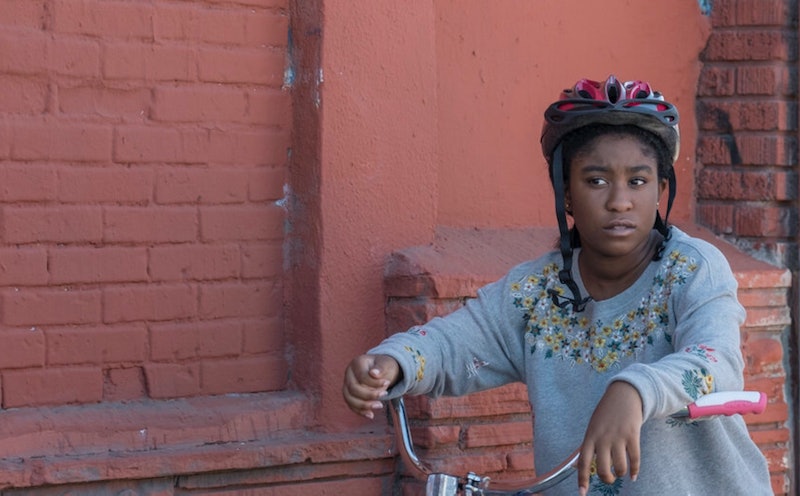 Deja's home life on This Is Us has been tumultuous, to say the least. She's been in and out of foster homes, some far better than others. And now, her mom has relinquished custody of Deja after a few unsuccessful attempts at reunification, and Randall and Beth are considering her adoption. In the latest episode, Deja briefly came into contact with her father — someone who viewers haven't seen before — and there's still so much to learn about the relationship that exists there. So who plays Deja's father on This Is Us?

According to IMDB, the actor is Darryl Wesley, and This Is Us might just be his big break. The actor and producer has been active since about 2013, but always in short films and smaller projects — certainly nothing with the star power or mainstream popularity of This Is Us. His appearance as Deja's father could totally be a one-off incident that won't occur again, especially since Deja just gave Beth and Randall her blessing to formally adopt her into their own family.

But if the show chose to explore Deja's dad with his own storyline, things could get dicey quickly. Randall's already struggled with the fact that he wasn't raised by his biological father, and if he comes face to face with Deja's dad, there's no telling what feelings might be brought up.

We don't know much about Deja's dad other than the fact that Deja's mother said he made it clear he wanted "no part" of her upbringing. She also told the judge during the hearing in which she gave up her rights that there was no way Deja's father would object, though she didn't explicitly confirm that he was aware of the situation as it stood. The fact that Deja's mother and father don't seem to be on the greatest terms leaves room for doubt that he knew what exactly was going on.

And, prior to the latest episode, viewers couldn't be too sure that Deja even knew who her father was. She's always been pretty closed off with her past and her emotions. For all viewers knew, her father could have been someone who was out of the picture since her mother got pregnant, or who took off shortly after she was born.

But when Deja visits him at the store where he works, it's obvious that they have some kind of history. They recognize each other immediately, and she tells him that she's found a family who will take care of her, and who wants her as much as she wants them. Though it didn't seem like a particularly angry encounter, it definitely could act to put the final nail in any potential relationship they might have had.

It's also unlikely that Randall would want to keep Deja from her birth father if she wanted to make contact with him in the future, as he was kept from William throughout his life, and still harbors a lot of pain from that. He's not going to do the same to his adopted daughter, even though he'd surely be protective, especially as we don't know exactly why Deja's dad hasn't been a part of her life.

Randall's dynamic with Deja's birth dad would be interesting to watch, but it's definitely not a sure thing. If he wasn't in the picture thus far, he might not become part of it now, but Deja seems OK with that for now, and that's all that matters.