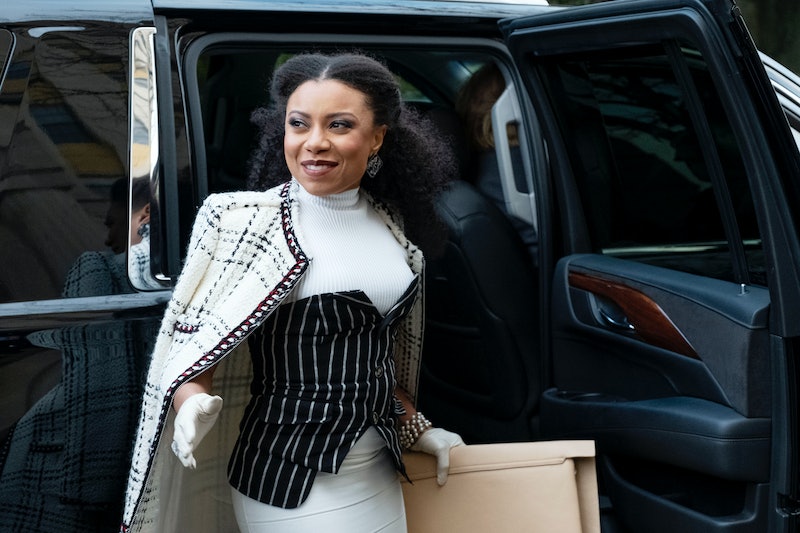 With a murder trial on the docket for Search Party Season 3, Dory's attorney Cassidy (Shalita Grant), is on the case — though she may be in a bit over her head. The HBO Max series' EP and co-creator Charles Rogers recently described Grant's character Cassidy Diamond to TVLine as an "extremely ambitious, ungrounded and stumbling narcissist," who "looks so fabulous and can't contain her energy in a way that makes you just instantly embarrassed that that's your lawyer."

Viewers might recognize Grant as Agent Sonja Percy from CBS' NCIS: New Orleans from 2015-2018 or for her roles in PBS' Mercy Street, Netflix's Santa Clarita Diet, and Fox's Bones. In 2013, the Juilliard grad also received a Best Featured Actress Tony nomination for her Broadway debut as Cassandra in the comedy Vanya and Sonia and Masha and Spike, in which she co-starred alongside David Hyde Pierce, Sigourney Weaver, and Billy Magnussen.

After scoring her Tony nod, Grant has said that the job offers largely dried up, however, so she worked as a waitress at a New York City Dave & Buster's. "I didn't tell anybody that I was an actor," Grant, who identifies as a queer Black woman, joked in a recent Shondaland interview. "I just didn't want to have to prove myself like, no, look me up I'm real!"

Grant's NCIS casting not only proved to be her breakthrough TV role, but also indirectly inspired her latest non-entertainment business venture: Hollywood's Four Naturals hair spa. She created the business after three years on the CBS procedural "decimated" her Type 4 natural hair, and she developed traction alopecia in the center of her scalp from the extensions she had to wear on set. She plans to extend the product line to salons across the U.S. in 2021.

"Where I come to in my life is really just: how can I add value to people's lives, as a way of showing demonstrating my love, and also like protecting my energy," Grant explained to Shondaland. "I went through so much. I'm the oldest of nine kids — so as a woman and a Black woman, you're just used to doing a lot of labor for people. And I do genuinely love people. But you just have to find that balance of what works for you."

More like this
Lizzo Proved She’s Team Jeremiah During Her ‘The Summer I Turned Pretty’ Review
By Grace Wehniainen
Natalia Dyer Opened Up About Steve & Nancy’s “Lovely” ‘Stranger Things’ 4 Dynamic
By Grace Wehniainen
What Working At Marvel Is Really Like, According To A 'Ms. Marvel' Co-Creator
By Gretchen Smail
Jesse Tyler Ferguson Had A Funny Run-In With A Fellow ‘Modern Family’ Alum
By Grace Wehniainen
Get Even More From Bustle — Sign Up For The Newsletter