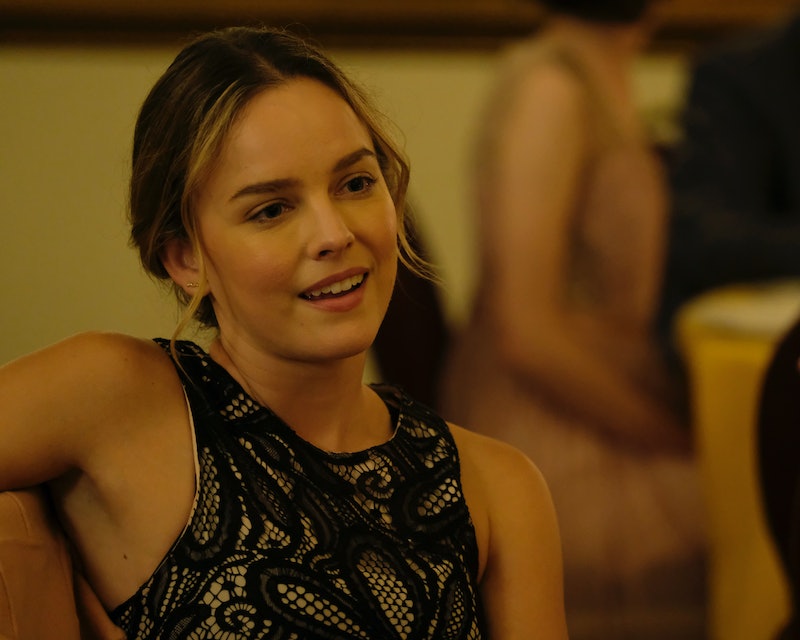 ABC drama A Million Little Things definitely gives viewers a million big feels. This group of "friends turned family" has been shaken up since Jon’s death and the revelation of Eddie and Delilah’s affair. But, they all came together last episode to put their differences aside for their traditional Friday night pizza-making fun. One of the most interesting characters on this show is Maggie, who randomly stumbled into this collective after she tagged along with Gary to Jon’s funeral. It was an awkward way to introduce her to group, but Maggie’s sense of humor and outlook on life won everyone over. Fans have also started to fall in love with her and may be wondering who plays Maggie on A Million Little Things?

Per IMDB, Allison Miller was born in Italy but her family eventually relocated back to the United States when she was a child. She dropped out of college at the University of Florida to pursue an acting career in Los Angeles. Her first gig was a 2006 one-off appearance in the enduring soap drama General Hospital. After that she, had a string of recurring and guest appearances on shows like Selfie, Terra Nova, CSI: NY, and Kings among others.

But, many people will recognize her from the controversial Netflix series 13 Reasons Why as Sonya Struhl, a lawyer who defended the school during the Hannah Baker trial. Unlike her current character Maggie, who is known for being introspective and empathetic despite her personal struggles, Sonya was a very unlikable and manipulative character. Interestingly, 13 Reasons Why and A Million Little Things both deal with the issues surrounding suicide in totally different circumstances. Thankfully, the latter gives Maggie a chance to have some moments of levity and perhaps a shot at true love with Gary.

Right now, the big issue with Maggie is whether she will tell Gary about her current bout with cancer. She has been given a year or less to live by the doctors if she doesn’t act, which seems like the route she’s going since she threw away her treatment folder. Her ex-boyfriend haphazardly leaked the news to Gary, but he’s waiting on her to open up to him.

She’s a therapist with the ability to help everyone else, but she has built an emotional barrier around herself out of fear of being hurt. Gary and Maggie are so cute together, so hopefully Maggie will open up to him and find peace in a decision to either go through treatment or make this year the best of her life.

At this point, there is no word on how long Maggie will be on A Million Little Things or if the show will get a second season. It’s unlikely that the series would allow her to die this season when the main focus is events surrounding Jon’s death by suicide. And, she’s also tied to Rome’s character as she guides him through a critical time of depression as a therapist. Hopefully, this means that Maggie will be around for many episodes to come. Watch A Million Little Things on Wednesdays at 10 p.m. ET.