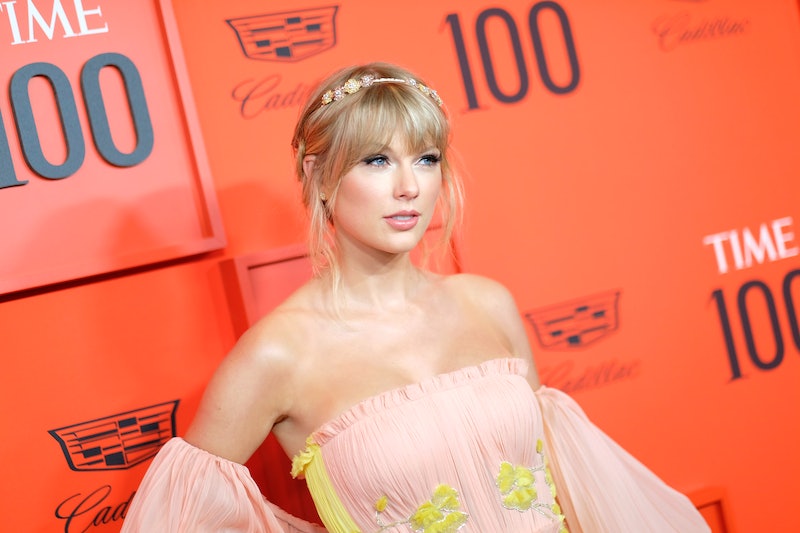 Taylor Swift's Lover album has already had Swifties everywhere pouring over the delightful lyrics and the upbeat, love-filled songs. But, one track in particular contains a spoken word intro that has some fans wondering: who says the "London Boy" intro on Taylor Swift's song? There are a couple of theories behind who the mystery man is.

Before Swift even starts to sing on "London Boy," a voiceover, in that classic English drawl, begins with a fun anecdote about hanging around in London. They can be heard saying, "We can go driving on my scooter, you know just around London." Clearly, it's an all too perfect intro for the track, given the title and the subject matter that Swift croons about.

Now, some fans immediately thought that the voiceover was done by none other than the singer's "lover," Joe Alwyn, particularly given the lyrics in the song. However, as others pointed out, the voice sounds way more like actor Idris Elba, who Swift just so happens to be co-starring with in the upcoming feature, Cats. As for who actually serves as the one to introduce the track, some Swifties pointed out the answer might be more than a little obvious if you listen closely enough.

As previously mentioned, fans were wondering whether Alwyn lent his voice to his girlfriend's meaningful track.

The "London Boy" Is Alwyn, After All

Some Swifties immediately theorized that it was Alwyn's voice heard at the beginning of the song, seeing as though the track's lyrics tie back to him.

Too Good To Be True?

If it was Alwyn on the song, you can rest assured that fans everywhere would go wild over the inclusion.

It's All So Cute

The voiceover at the beginning, that user believes to be Elba, is just one aspect that makes "London Boy" so very catchy.

This Has To Be Idris, Right?

Another fan can't believe that others haven't recognized that it is indeed Elba's voice on "London Boy."

This fan used a popular meme featuring Elba to showcase just how excited they are over his inclusion on the song.

Many fans were shocked, and excited, once they realized that the famous actor actually had a part in one of Swift's songs.

While some Swifties may have held out hope that it was the singer's boyfriend on the track, the voice heard on "London Boy" is indeed Elba's. As fans noted on Twitter, the Hobbs & Shaw actor made an appearance on The Late Late Show with James Corden back in March 2017, which is when he voiced the statement in question. Seeing as though Elba and Swift have an established connection via Cats, it stands to reason that the singer simply wanted to include the star's eloquent voice on one of the sweetest songs off of the Lover album.

So, even though it may not be Alwyn that you hear on "London Boy," you now know once and for all that Swift's Cats co-star, Elba, had a hand in making the track so special.