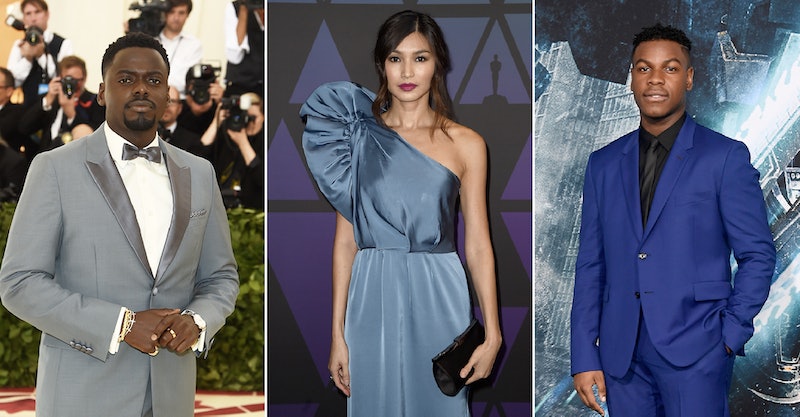 As Christmas fast approaches, so does the festive television lineup. One highly anticipated bit of Christmas telly to look forward to is the BBC adaptation of Watership Down. This animated reimagining of the 1972 novel tells the story of group of rabbits who flee human violence and the destruction of their home — and boasts quite an impressive cast. But who are the guest celebrity voices in Watership Down?

The two-part feature length episodes, which were produced by the BBC in partnership with Netflix, are scheduled to air on BBC One at 7 p.m. on Saturday 22 December. The second and final episode will air the following day at 7.20 p.m. — and then also be made available to watch on the streaming service Netflix for international viewers. According to the Radio Times, those tuning in can expect to enjoy an A-list voiceover cast which includes the likes of Scottish acting superstar James McAvoy as Hazel, known for his roles in the X-Men franchise, as well as the Oscar-winning Sir Ben Kingsley as General Woundwort, and Quantum of Solace actress Gemma Arterton, who provides the voice of Clover.

Other members of the star-studded cast include actor Taron Egerton as El-ahrairah, who completed work on the upcoming Elton John biopic Rocketman, which is to be released in cinemas next year.

Taking on the voice of Bigwig is John Boyega, best known for his portrayal of Finn in the Star Wars universe. Other British acting royalty found within the cast of Watership Down comes in the form of The Favourite actress Olivia Colman, who plays Strawberry in the animation. Completing the lineup is The Thick of It star Miles Jupp as Blackberry, Get Out actor Daniel Kaluuya as Bluebell, Skins actor Nicholas Hoult as Fiver, Crazy Rich Asians actress Gemma Chan as Dewdrop, former-Doctor Who star Peter Capaldi as Kehaar and more.

The story of Watership Down takes place in rural England, and tells the tale of a group of rabbits who escape their warren after Fiver, voiced by Nicholas Hoult, is haunted by premonitions of their home's destruction. The rabbits then set out on a journey in the hope of a promised refuge, known as Watership Down.

As reported by the Radio Times, the BBC Drama Commissioning Editor Matthew Read commented on the upcoming series. He said: "Before there was Harry Potter there was Watership Down. Richard Adams' novel is one of the most successful books of all time and one of the biggest selling books in history. It is fantastic to have the opportunity to bring a modern classic to a mainstream BBC1 audience with such an incredible roster of actors alongside the talented team overseeing the animation."

And speaking to the Telegraph, the executive producer of Watership Down discussed the changes viewers can expect to see in the 2018 adaptation of Richard Adams' original book. They said the two-part series "will not just tone down the levels of on-screen violence to make it more appropriate for children, but give a boost to its female characters."

A cast this strong taking on such a classic story will surely make for some compelling viewing over the Christmas period. And I for one, cannot wait.