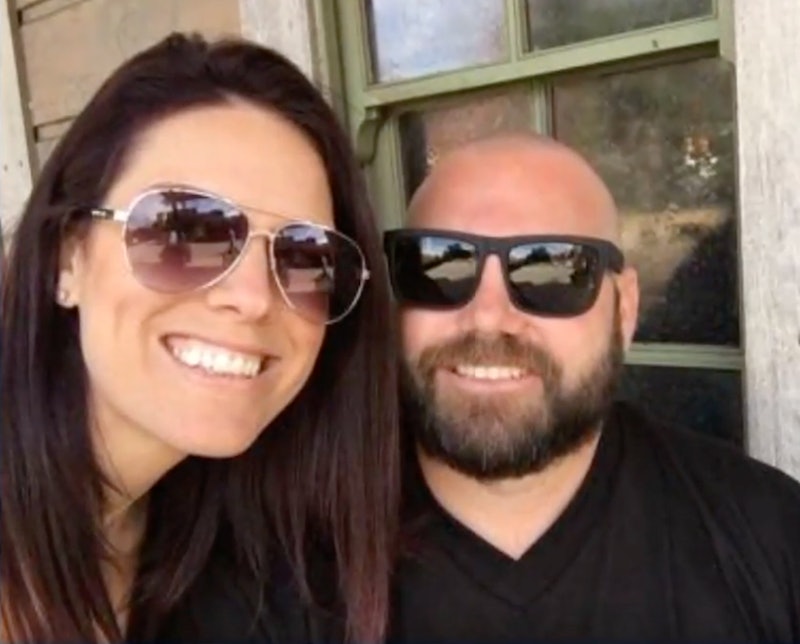 When a gunman opened fire on a crowd of country music fans in Las Vegas on Sunday, his inexplicable act of violence left at least 58 innocent people dead. It's the deadliest mass shooting in modern U.S. history, a tragedy that defies understanding. Among those killed in the Las Vegas shooting was Hannah Ahlers, a 34-year-old mother of three from Beaumont, California.

Ahlers had traveled with her husband of 17 years, Brian Ahlers, to the festival, Route 91 Harvest. According to news interviews with Ahler's parents, both Hannah and Brian were near the front of Jason Aldean's stage when the gunshots began. Ahler was hit in the head and did not survive.

Ahler's brother, Lance Miller, said his sister was "loved by everyone that met her." She was also involved in the community and at her children's schools. Ahler has three children, ages 3, 11, and 14. She and her husband, Brian, were high school sweethearts.

“She wasn’t too good for anybody; Beautiful inside and out,” said Brian Ahlers in a released statement. He noted his wife was a full-time mom, adding in that "she was amazing at it."

Ahlers graduated from Redlands East Valley High School in 2002. She moved to Beaumont five years ago. Ahlers also studied at Crafton Hills College. Her Facebook page is now a memorial page to Ahlers, who often posted pictures of her family, especially her three children.

According to her parents, Ahlers "loved Jesus" and was involved with her church. Set Free Church Calimesa will host a charity car wash on Saturday with all proceeds going to the Ahlers family.

“Hannah will be missed not only in our hearts, yet she will be a part of the town’s heartache for years to come,” said childhood friend of Ahlers, Dawn McCoy, in a Facebook post. “May her children know what a beautiful honor it is to be called one of her very own.”

Ahlers' father-in-law, Dave Ahlers, said the 34-year-old mom was like "a young Mary Tyler Moore," able to light up any room with her smile and warm presence.

Police have not yet announced any discovery of a definite motive behind a 64-year-old man's gruesome decision to fire at random into a crowd of 22,000 concertgoers.

President Trump traveled to Las Vegas on Wednesday to deliver a speech in response to the shooting and comfort the family and friends of victims, as well as visit many who were injured in the hospital.

“The mass murder that took place on Sunday night fills America's heart with grief,” Trump said. "Our souls are stricken with grief for every American who lost a husband or a wife, a mother or a father, a son or a daughter. We know that your sorrow feels endless. We stand together to help you carry your pain. You are not alone. We will never leave your side.”

Trump stayed clear from the issue of gun control — as he did in his speech the morning after the shooting — despite mounting calls for a renewed debate and discussion on the current slate of legislation surrounding gun laws.

The gunman responsible for Sunday's attack was Stephen Paddock, a man who police say carries no previous criminal record. Paddock reportedly purchased his stockpile of weapons legally, a fact that has prompted many to question the legal basis for allowing private citizens access to such deadly weapons.

For the family and friends of Hannah Ahlers, the loss of her warm and lively presence as a mom, wife, daughter, and friend is heartbreaking. She will be greatly missed.