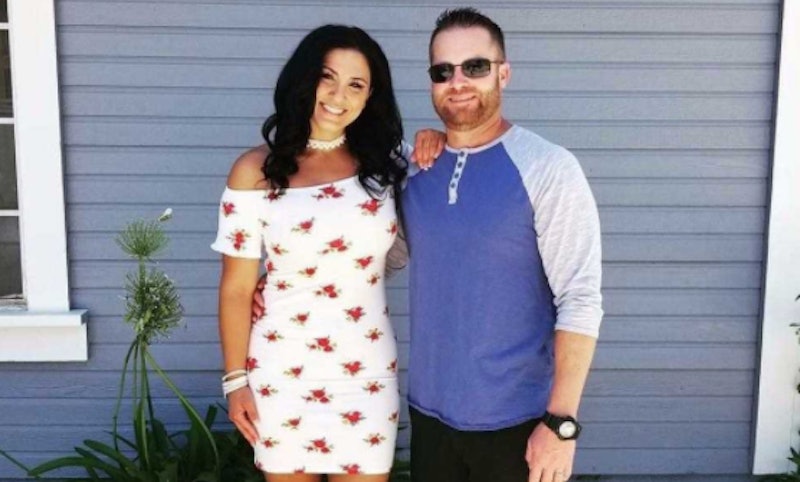 With 59 confirmed fatalities in Sunday's mass shooting — the deadliest such attack in modern American history — details about the victims are starting to emerge. Among those tragically lost in the Las Vegas shooting was Jenny Parks, a kindergarten teacher and mother of two from California.

According to an AP report, Parks and her husband, Bobby, were high school sweethearts. Dr. Steven McCarthy, Bobby's uncle, told People, "When we met Jenny we all fell in love with her.” With one son in high school and a daughter in elementary school, McCarthy described them as "the perfect family." Parks reportedly earned her master's degree in education in May.

The married couple had traveled to Las Vegas to visit Parks' two brothers and were at the concert together. While Bobby survived after being shot in the arm, Parks herself did not make it. Pictures posted on her Facebook page show a beautiful, beaming family.

Parks had been planning a surprise party for her husband's 40th birthday party next week. McCarthy also credits her with being intelligent, having a great sense of humor, and making sure the decorations at the holidays looked perfect. Jessica Maddin, a friend of the Parks, said, "It breaks my heart. People go to concerts to have a good time, connect with others and escape the tragedies of this world."

A friend of Jenny Parks has set up a GoFundMe page for the family. Their goal of $15,000 has already been exceeded, with a total of $36,402 as of Tuesday morning.

According to McCarthy, doctors have said they suspect a bullet hit Jenny Parks first before hitting Bobby. A local news outlet has reported that Bobby Parks required surgery. He is expected to survive, and has been informed of his wife's passing.

Identified as the shooting suspect, 64-year-old Stephen Paddock set up his stockpile of 23 weapons with the clear intent to cause as much death and destruction as possible. He rented a room on the 32nd story of the Mandalay Bay Resort & Casino hotel, which had an aerial view of the concert area where Jason Aldean played on Sunday night. It was the final night of a three-day country music concert series, the Route 91 Harvest Festival. With a headliner like Aldean, the crowd was packed with fans.

While friends and family mourn the 59 who have died, another 527 were injured. The Islamic State was quick to claim credit for Paddock's actions, but the FBI has said there is no evidence that the older man had any connection to the foreign terrorist organization.

According to Christopher Sullivan, a gun shop manager at Guns & Guitars in Nevada, Paddock bought at least three guns at that location within the past year. He confirmed to The New York Times that Paddock purchased two rifles and one handgun, having passed the requisite background checks in order to do so.

The issue of gun control is already being raised, with President Trump saying to reporters Tuesday morning that "we'll be talking about gun laws as time goes by."

Thus far, investigators have indicated the firearms Paddock bought were acquired legally. With no criminal record, Paddock had no problem passing background checks. President of New Frontier Armory, David Famligietti, confirmed Paddock had also purchased weapons at his store, but said to CNN that none of them were "capable of what we've seen and heard in the video without modification."

There is not much information about Paddock or his motivation for planning a murderous shooting spree of this magnitude. His brother and others have reported Paddock's "love" for gambling, and according to one brother, Bruce Paddock, Stephen Paddock was a multi-millionaire.

For the family and friends of Jenny Parks, the loss represented by Sunday's shooting is ineffable. A mother, a wife, a daughter, a teacher, a friend — she will be deeply missed by many.