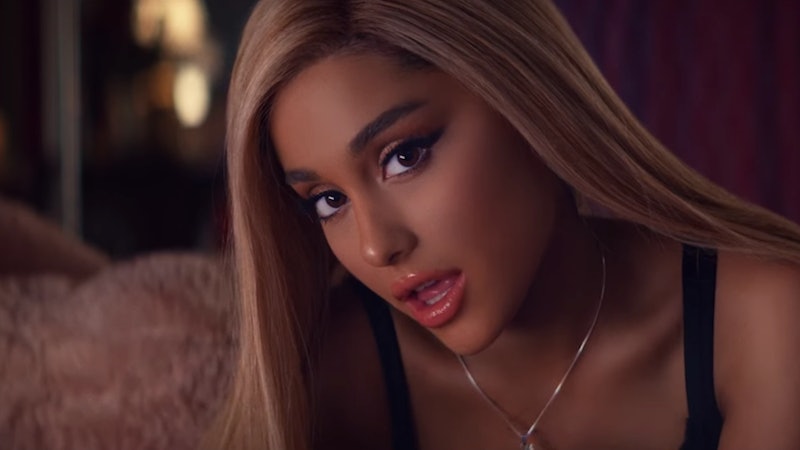 As we celebrate the end of 2018, now seems like a perfect time to reflect on the incredible music released over the course of the past year. Massive releases from some of the biggest names in the music industry have dominated the charts this year, however some artists have enjoyed greater success than others. So, who were the most successful artists of 2018 in the UK?

According to the Evening Standard, the Official Charts Company have released data which reveals the artists with the most success in 2018, and one notable success story comes from pop princess Ariana Grande. The 25-year-old saw her latest single "Thank U, Next" debut straight at number one — something only four releases this year managed to achieve. The hit song then went on to break a major streaming record, after managing to earn the most streams in a single week ever, beating out Ed Sheeran's previous record with the 2017 song, "Shape Of You." The Grande track earned a huge 14.9 million streams over seven days, and 7.9 million of those came from views of the accompanying music video. The video, which has now amounted over 200 million Youtube views, features scenes inspired by the films Mean Girls, Bring It On, 13 Going On 30, and Legally Blonde.

Other major artists who enjoyed some hard earned success in the UK this year include the Canadian rapper, Drake. The rap superstar kicked off a hat-rick of number one singles in February this year when his single "God's Plan" soared to the top spot. A few months later, Drake's single "Nice For What" also reached the ultimate chart position — and he then celebrated this achievement once again in July when the song "In My Feelings" became his third UK number one of 2018. In addition to being named the artist with the most UK number one singles this year, Drake also managed to secure a further five top 40 singles on the chart.

Returning to the music scene in order to celebrate 30 years in the industry were the legendary British boyband Take That. The band burst back into the UK charts with their reimagined greatest hits collection, Odyssey, an album which became the fastest selling of the entire year. The new album became the band's eighth UK number one, and their first release to hit the top spot since 2014's III.

Another British act ending the year on a high note is "Hold my Hand" singer Jess Glynne, who in 2018 secured the record of having the most number one singles by a British solo female. Previously, it was Cheryl who held this coveted title, however after the release of "I'll Be There" back in June, Glynne powered ahead and bagged her seventh number one single in the UK. Speaking about the achievement, Glynne told the Official Charts, "I'm speechless. I find it incredibly insane that I hold a record for the most number ones for a British female. It's insane to think I've achieved that so early in my career. It's not just me on all those songs — I have to thank everybody I've collaborated with."