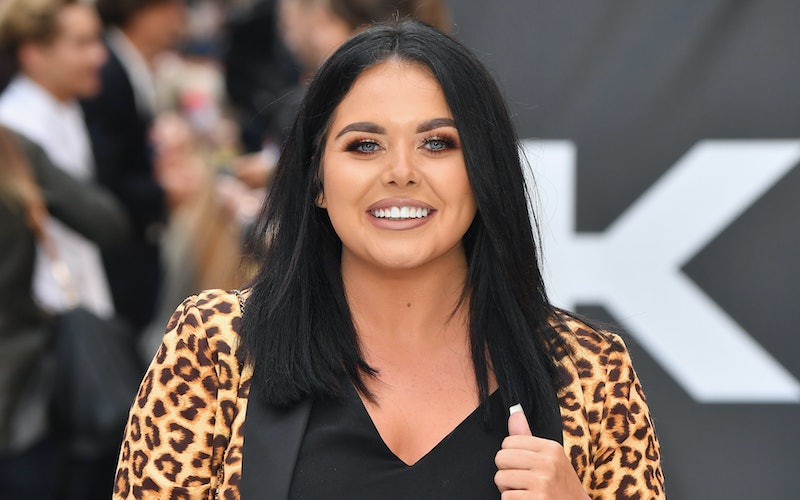 People are really missing Strictly Come Dancing. Like, seriously. To the extent that, before the ink had even dried on the cast sheet for the last season, speculation began for the next one. Speculating about which stars will pull on a sequin gown is basically giving fans life ahead of the show's highly anticipated return. One star in particular has been mentioned a fair amount, and considering her reality TV history and prowess in the entertainment genre, it's no wonder she is a favourite. However, the likelihood of Scarlett Moffatt appearing on Strictly Come Dancing is looking pretty slim, according to the star herself.

Moffatt appeared on Jaime Theakston's Heart radio show this morning (March 27) and decided to address the Strictly rumours. The star explained that her not-so-secret dancing skills will probably mean she's too experienced to go on the show. Moffatt said:

Well yes, but Roberts received an awful lot of flack during her time on the show, so it's probably best for Moffatt not to hit that dance floor.

The rumours about Moffat being a potential contestant have been about for a while, but they low key went into overdrive when she shared an adorable throwback photo of herself on her Instagram account. In the photo, Moffat is aged 14, and dressed head to toe in ballroom finery. In the caption, the star gave a quick nod to Strictly:

"14 year throwback to my ballroom dancing days. Ahhh how I miss strictly!! Also imagine going into school with this much fake tan on in 2004 🤣 I based this dress on my true heroine belle 💛 #throwback#strictly#ballroom#dance#love#tan"

Moffat has made no secret of her ballroom dancing past (she won over 600 trophies, The Sun reports) and, to be fair, being a qualified dance teacher is probably a step too far in terms of experience. Which is a pity, because the star has become a huge fan favourite.

Moffat came onto our screens initially via Channel 4's Gogglebox. She appeared with her family on the show and was such a star that it was clear greater things were in store for her. After being cast on I'm A Celebrity Get Me Out Of Here and then being flipping crowned the queen of the jungle, her name was cemented in the entertainment world. Since then, she has hosted the I'm A Celeb after show as well as having a regular guest spot on Ant And Dec's Saturday Night Takeaway.

So, like I said, the 2019 cast have yet to be announced, but the rumours pointing towards a number of household names are driving fans wild. Chris Evans has been confirmed, and comedian Alan Carr is a favourite to take part, alongside Tamara Eccleston and Vogue Williams.

Although the contestants remain a mystery, the professionals have been announced with all but one set to return. Sadly, Pasha Kovalev has decided not to return in order to pursue other projects, which is sad news, but with professionals like AJ Pritchard saying they would love the chance to have a same sex partner — this season might be the most exciting yet.

More like this
Rhys Ifans Has A Good Reason For Keeping His Love Life On The DL
By Maxine Harrison
'House Of The Dragon’s Theo Nate Is A “Massive” 'GoT' Fan
By Maxine Harrison
Bimini, Tia Kofi & More React To Cherry Valentine’s Death
By Catharina Cheung
A Former 'Strictly Come Dancing' Pro Permanently Joins 'It Takes Two' Spin-Off
By El Hunt and Sam Ramsden
Get The Very Best Of Bustle/UK