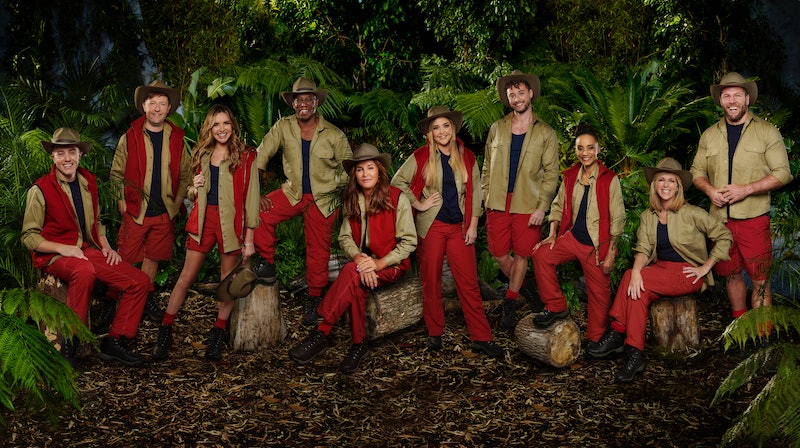 It's hard to believe that yet another series of ITV's jungle hit is almost behind us, and as the 19th run fast approaches its grand finale, focus has now shifted onto who will be crowned this year's king or queen. However, with such a strong lineup of celebs still remaining, guessing who might walk away victorious is more difficult than you'd anticipate. So, who will win I'm a Celebrity Get Me Out of Here 2019?

According to William Hill, Coronation Street's Andrew Whyment is the current favourite to win I'm a Celebrity 2019, with odds of 4/9. Just behind the soap star is Capital radio DJ Roman Kemp with odds of 5/1, and ex-Girls Aloud singer Nadine Coyle is now the third fav to be crowned winner with odds of 7/1. Bookmakers currently list soap actor Jacqueline Jossa, Good Morning Britain's Kate Garraway, former-Olympian Caitlyn Jenner, and Rak-Su's Myles Stephenson as outsiders — however, anything can happen when it comes to reality TV, so watch this space.

As the Metro reports, the I'm a Celebrity Get Me Out of Here final will take place on Sunday, December 8 at 9 p.m. on ITV, and hosts Ant McPartlin and Declan Donnelly will be on hand to crown the 2019 king or queen of the jungle. Over the course of the show's final week, celebs including ex-footballer Ian Wright, radio DJ Adele Roberts, and comedian Andrew Maxwell have all bid farewell to the I'm a Celebrity jungle — and after being voted off the ITV smash, rugby player James Haskell has revealed how he "burst into uncontrollable tears" after seeing the reactions to his recent elimination.

Speaking on the ITV2 spin-off Extra Camp, Haskell addressed the mixed social media response to his jungle stint, and explained how he never expected the remaining campmates to shed a tear over his departure because "no one’s ever that nice to me." The rugby star went on to describe his I'm a Celebrity cast members as "special," and opened up about how he tried "to be a support for them."

So, despite the occasional bickering, it sounds like the 2019 campmates have for the most part gotten along swimmingly — and you can discover the identity of this year's winner during the I'm a Celebrity Get Me Out of Here final on Sunday, December 8 at 9 p.m. on ITV.