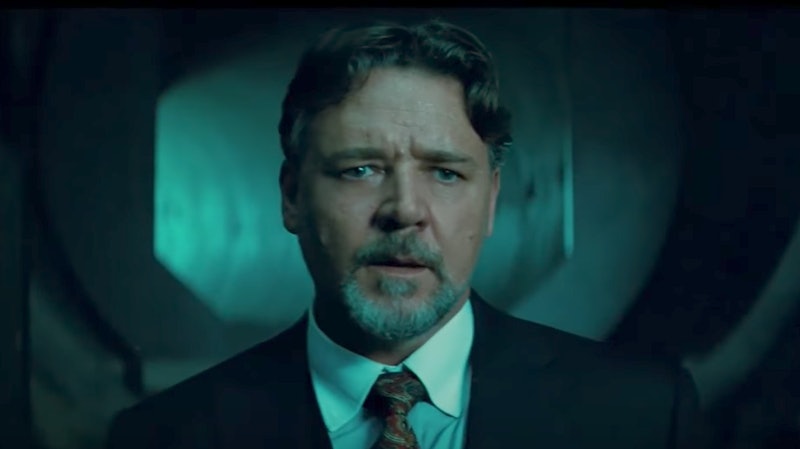 As fans head to theaters in order to check out The Mummy remake starring Tom Cruise and Sofia Boutella, something about the film might make them scratch their heads. Jekyll and Hyde are in The Mummy for... some reason. Russell Crowe plays Dr. Jekyll in the film, and since the strange tale of Jekyll and Hyde doesn't exactly sync up with the Mummy franchise as we know it, it's OK to be confused. But, given the context of the new film, this actually makes sense.

The Mummy is part of a new Dark Universe rollout by Universal Studios, which somehow explains the involvement of Jekyll/Hyde in the film if Dark Universe continues to release more movies. In an interview with io9, director Alex Kurtzman explained how it was a matter of either creating a brand new character or using an existing character who would fit into this new universe. "It would have to be somebody medical or scientific or some kind of doctor," he said. "Which then lead us to Henry Jekyll."

Alert: Spoilers from The Mummy's plot below.

In the movie, Cruise's character, Nick, gets cursed by the mummy, so Annabelle Wallis' character, Jenny, takes him to see Dr. Jekyll. But turns out that Jenny has been working for Jekyll's organization, which studies monsters, all along and the organization has captured the mummy and intends to research her. Of course, we eventually get to see Jekyll turn into the evil Mr. Hyde, who battles it out with Nick.

Kurtzman told Fandom that the Dark Universe already plans to include other monsters, like the Bride of Frankenstein, the Phantom of the Opera, and Dracula. We'll have to watch and see who gets cast next in the franchise, which seems poised to be a return to horror in contrast to the more comedic Brendan Fraser Mummy films.

I, for one, can't wait to see how the Dark Universe continues to grown and brings back monsters, some of whom have been around for centuries.