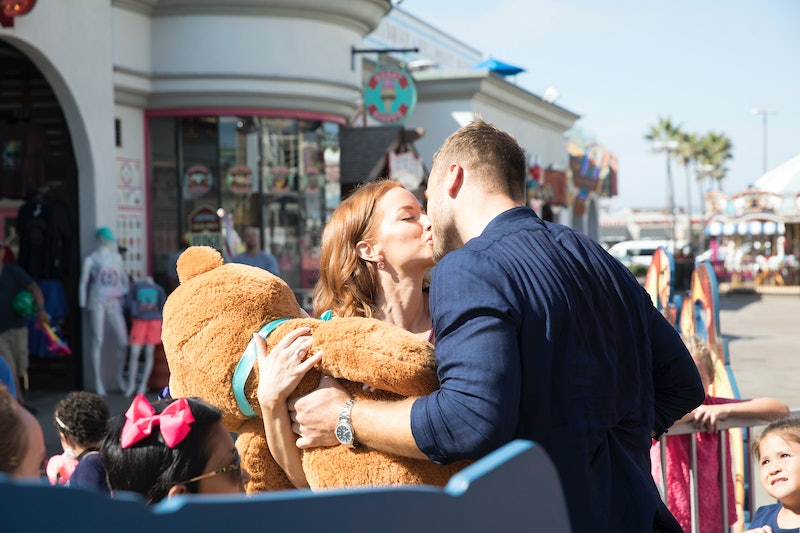 The tides of The Bachelor can turn fast — one thing, you're having a great romantic date with a man six years your junior (get it, girl), and the next, you're having a minor panic attack and, as Elyse said on the Feb. 4 episode of The Bachelor, "doubting everything." Why did Elyse go home on The Bachelor? Ultimately, Colton and the reality television experience just wasn't for her. And that's totally OK, because she knew herself enough to peace out.

The 31-year-old, Alaska-born makeup artist had such a lovely date with Colton a few weeks back. The two really seemed to gel post-pirate date, and that's precisely why Elyse is kind of losing it right now. In a confessional interview, Elyse told producers she was "gutted" about not having receiving virtually any attention from Colton after that great date they had. Colton really went from 60 to zero, and Elyse says that it made her "doubt everything" that happened when they were together. Elyse has been a pretty cool customer up until this point, so it's jarring to see her react so violently. Sigh, this happens every season, and it always amazes me, a lifelong Bachelor fan. Yes, it has to be hard to watch the man you're dating also date 28 other women, but that is precisely what contestants sign up for when they sign away their likenesses to be on The Bachelor.

Elyse was smart enough, though, to know what she can handle and what she can't, and knowing oneself is something that comes with age — she is, after all, one of the oldest contestants left on the show (this is a good thing). But ultimately, Elyse knew that there was no way that she could get engaged to a man that she has hung out with for a grand total of 45 minutes, which, preach, sister. Elyse knows herself and she is not afraid to speak the truth, even when it's hard and makes Colton cry (he cries a lot, but still). She didn't want to leave, but she knew that she just couldn't stay.

If you've ever seen any episode of The Bachelorette, The Bachelor, or Bachelor In Paradise with Colton, you know that he has all the feels. And Elyse's speech also gave him even more feels, because he thinks that "it's not you, it's me" means "it's really you because you're an unlovable wad of trash." Although traditionally used to let people down, in this case, Elyse's "it's not you" speech was just her being honest about her own limitations. Now, though Colton is doubting all of his relationships just because one woman went home. Elyse knew her heart enough to exit the situation, and now Colton needs to look inside himself to see what he really needs. Does he want a woman that is so-so about committing to him long-term? No! If Colton is serious about finding a wife, he'll need the women like Elyse to weed themselves out for the greater good.