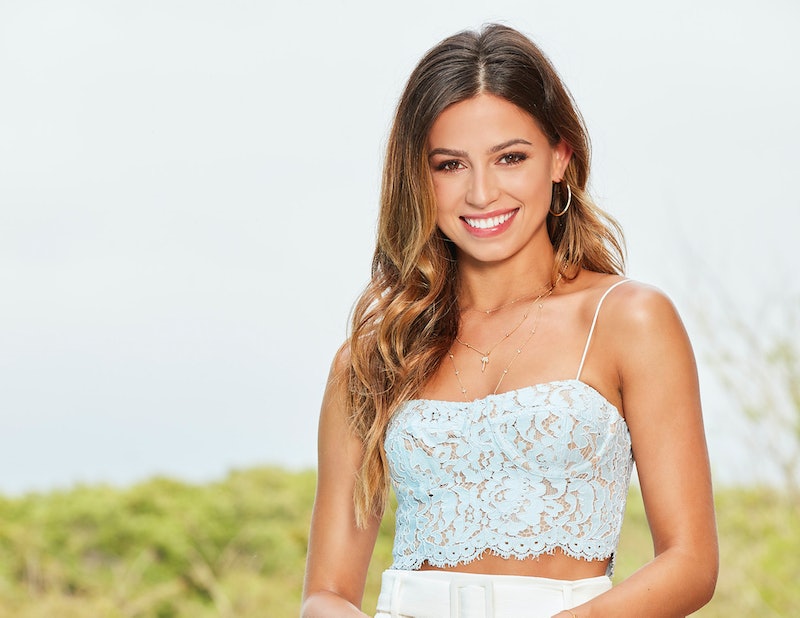 All may be fair in love and war, but lately, Bachelor in Paradise has been more war than love — and it doesn't seem like that will be changing any time soon. So far this season, Blake has been at the center of the drama, but soon, he'll be joined by a former contestant who knows what it's like to be in a sticky situation with multiple women: Dean Unglert. Adding to the drama? He'll be running into his ex, Kristina, who's already been on the beach for a few days. The two have had a complicated relationship, so if you're a little fuzzy on why Kristina and Dean broke up, here's a little refresher.

The two met during BiP Season 4 and quickly bonded over their unconventional childhoods. So when filming temporarily shut down, the two hung out outside of the show. After they returned, all seemed well... until Danielle Lombard showed up and caught Dean's eye.

Dean began pursuing her while still exploring things with Kristina. Understandably upset by how Dean was treating her, Kristina decided to leave. "In my next relationship, I want to be valued. I want to be respected, and I want to be put first," she said in her exit speech, clearly referring to Dean. "To be with someone who admires me for who I am and sees the value in me. So that said, I cannot give out this rose tonight, and gentlemen, I want you to know that you're all amazing, but I won't be staying here, so I'll be saying my goodbyes."

However, that wasn't the end for Kristina and Dean. As Dean told Us Weekly shortly after Season 4 finished airing, they started talking again after the show. "Kristina's great," he said. "Her and I had to sit down and talk to each other and hopefully there's a time that we can figure it out and see what happens from there. But we're just for now casually talking and seeing if there's anything there."

However, it seems like Dean had also been talking to Danielle, which the two women discovered during the BIP reunion. "[W]hen we left the show, immediately, within an hour, you called me ... we had a relationship that unfolded after Paradise," Danielle said on the show.

"Careful, Dean, what you say," a surprised Kristina responded, "because I thought we kind of tried talking again, but ... are you still flipping-flopping us both? I mean, enough is enough."

However, it doesn't seem like even that was the end of it, as Dean told E! News in late September that he and Kristina were again hanging out. "Kristina and I hung out in Lexington and in Nashville," he said. "She's great. We have a lot to work through, and I look forward to continuing to work through it with her."

While it's unclear whether their hangouts were romantic or just platonic, ultimately, it didn't work out. "[Our relationship] ended before [The Bachelor] Winter Games, like the friendship and everything," Kristina told People in March 2018. During The Bachelor Winter Games, Dean began dating Lesley Murphy, which Kristina also addressed in her interview with People. "After Winter Games finished filming, he did reach out to me and say that he was dating someone," she said. "So I was like, 'OK. Out of respect for her and me, we should not continue talking.'" However, their relationship was short-lived, as Dean and Lesley broke up in April, per E! News.

So while it's unclear how exactly Kristina and Dean broke up (for the umpteenth time), hopefully he won't try to rekindle things with her on BiP this season. She's been through enough with him.

Their situation is eerily similar to the love triangle that's brewing in Mexico this season. Blake and Hannah G. were fully making out on the beach in Episode 3 while a visibly upset Dylan watched. This is, of course, the same Bachelorette contestant who had hooked up with both Caelynn and Kristina prior to Season 6, so it's becoming quite a tangled web.

Whatever ends up happening between Dean and Kristina, hopefully they'll be able to put their past behind them and find love with other people.