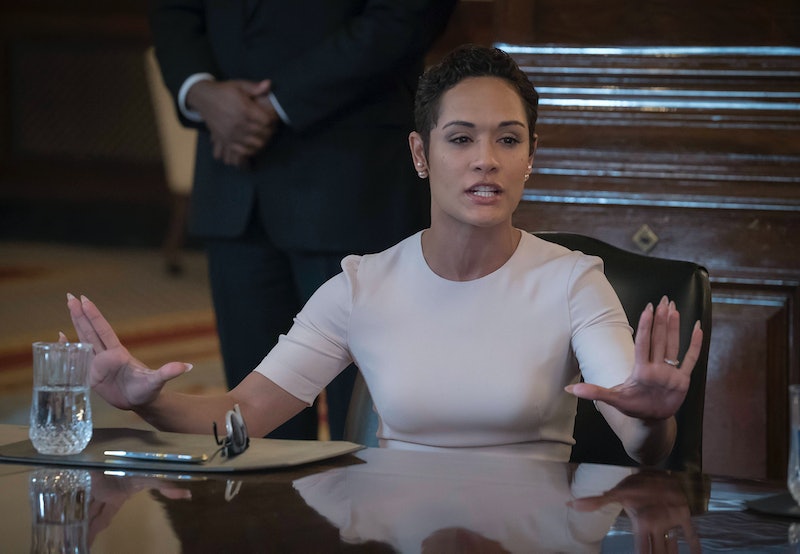 Empire tends to have a lot of storylines going at the same time, but one of the ones I’m a little behind on is why Lucious’ mother (whom I will call “Mama” from here on out, because that’s what Lucious calls her) hates Anika so much. I know that she hates the fact that Anika married her sweet baby boy, but other than that… I’m just not sure. For instance, why did Mama frame Anika on Empire? There has to be more to this story.

A lot has been said about Lucious’ growing up and the fact that Mama suffers from manic-depressive disorder, but I don’t think this hatred comes from that. When Mama stabbed Tariq in the neck with a letter opener in the penultimate episode of Season 3, I was wondering where this was going to go. Where we just going to dump the body in the river and move on? Nope! Mama always has a plan. This plan is to frame Anika for murder and get her away for good! Mama calls Anika, who will soon be her ex-daughter-in-law, and tells her to get everything out of the house, including her mail. When Anika comes to the house, Mama insists she uses a letter opener — the one that killed Tariq — to open her papers. Boom, fingerprints. Boom, blood. Boom, murder weapon. Then, Mama sends the FBI to the very nice hotel suite where Anika is staying and has her arrested. Say what, Mama? What is your game here? I know you think Anika is ruining Lucious’ life, but Lucious ruined his own damn life, okay? Lucious is the worst, and you are his mother, and you need to recognize.

Sadly, Anika’s last scene in the season finale episode was being arrested, and she wasn’t at Lucious’ bedside when he woke up from his coma, so I have to guess that she is locked up or under house arrest (she has good lawyers). Lucious better remember that his mother killed Tariq, among other things, because if not, Anika is going away for a crime she actually didn’t commit.