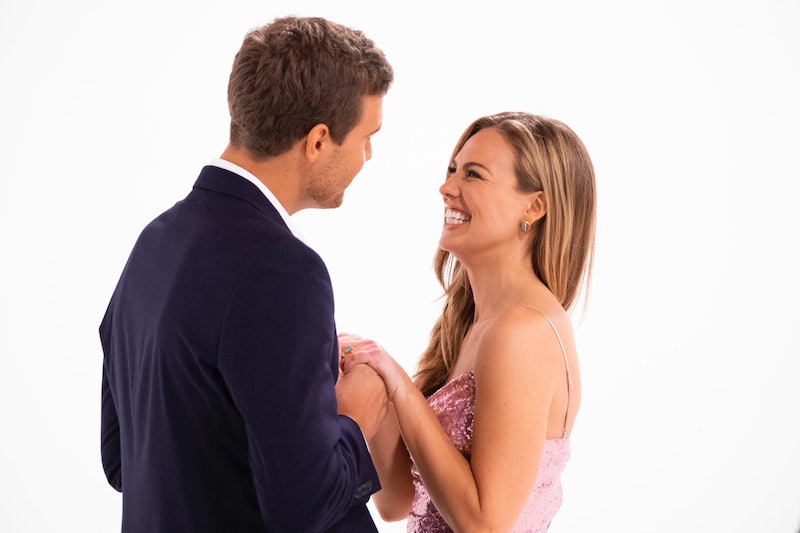 For the first half of Hannah's Bachelorette season, Peter largely flew under the radar (pun intended). He was always adorable, but wasn't necessarily in the spotlight the way some of the other men have been, for good reasons or for bad. Lately, though, things between him and Hannah had been getting serious, which is why it was so heartbreaking when Peter was sent home on The Bachelorette during Monday night's episode.

Jed and Tyler nabbed the final two roses, and Hannah made it clear that it wasn't an easy decision for her. She tearfully asked to walk him out, and began to explain herself. "Everything that our relationship has been has been perfect, and it has been so easy. You're like the dream guy," she said. "It's just like, nothing [is] wrong. [You're] just not mine."

Peter was devastated, but took it in stride. "You have truly always had a piece of my heart. I truly mean that," he said. "This sucks right now, and this hurts. But I don't regret anything about it."

Later, during his limo ride to the airport, Peter said he didn't see the breakup coming whatsoever, but understood Hannah's decision and wasn't upset with her.

This was always going to be a rough episode, and Hannah knew it from the beginning. "I feel so blessed to have you all in my life, but there is an endgame for me in this," she told all three remaining men before the rose ceremony. "And I have to continue to make the hard decisions. And that makes this hard for me, because I'm not just breaking somebody's heart, I'm breaking my heart."

Even though Peter and Hannah might not have been meant to be, plenty of fans are hoping this isn't the last they'll see of him. Campaigns for Peter to be the next Bachelor have been in full swing since long before his elimination, but Twitter was still devastated when he didn't get a rose.

If Peter is approached by ABC to head up the next season of the franchise, he'd honestly be a great choice. He was obviously heartbroken it didn't work out with Hannah, but hopefully, he'll be willing to give the whole finding-love-on-reality-TV thing a second shot. Peter also has a family that was a pure delight to see on television, and his charisma was really able to shine through once he got more camera time. There are plenty of great candidates for the next Bachelor from Hannah B.'s season, but Peter is undoubtedly a top contender.

Of course, the question now is who Hannah will choose now that Peter and Luke are both gone. Jed and Tyler C. are the remaining two men headed into the finale, and both of them have shown that they have a strong connection with Hannah.

She's got a big choice ahead of her, and fans have their own opinions on what the pros and cons of each suitor are. There's also been some controversy surrounding Jed in recent weeks, so who knows what'll happen if he ends up being Hannah's final choice. But only time will tell what Hannah's fate holds. Unfortunately her soulmate wasn't Pilot Pete, but we'll remember him fondly nonetheless.