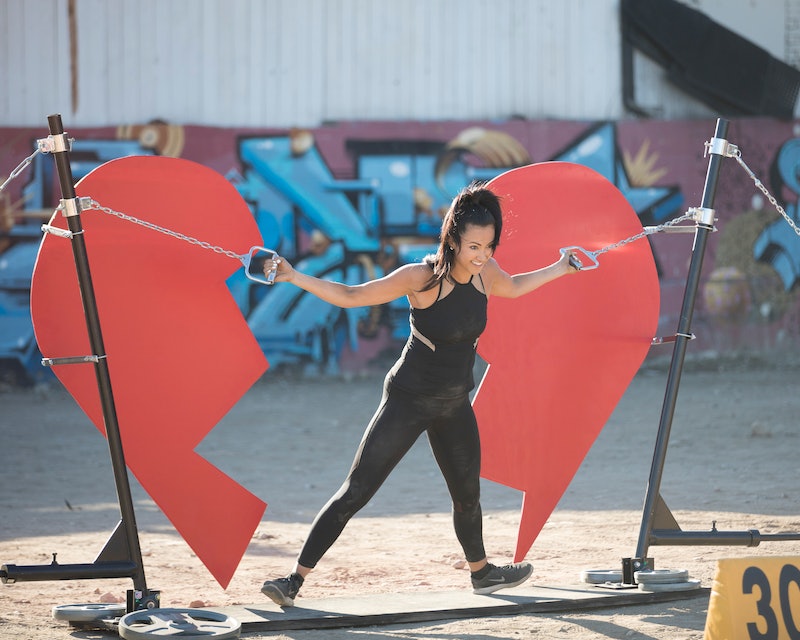 Getting to know the Bachelor when you're on the The Bachelor sounds like it would be easy, since it's the only reason you're on the show, but getting one-on-one time above the 30 other women also on the program can prove to be difficult. Sydney is a dancer-turned-barre instructor with a heart of gold and a head of pretty hair, and she definitely had the chance to win over Colton and end this season of The Bachelor... but she never quite got there. Why did Sydney go home on The Bachelor? She opted to leave the show because she just couldn't get Colton to open up.

Sydney quit her job as a New York Knicks dancer to be on The Bachelor, so it must be disappointing that she didn't nab Colton's heart. Sydney flew under the radar for most of the season — she was one of the stars of the Terry Crews workout date, because, duh, she's an athlete — and we haven't heard much of her since. That's not great on The Bachelor, because you have to get out there and make yourself known! Ultimately, Sydney didn't feel Colton opened up much to her, and she didn't think they had a lasting connection.

"Right now, I'm frustrated. He's giving a lot of other girls more opportunities and chances... I feel I'm... everything he's... searching for, but he's not looking at me. He's looking at everything but me," Sydney said. She thought Colton was "closed off" to her, and to an extent, Sydney was right. After all, she didn't get a one-on-one date.

Sydney's problem is wanting too much too soon from Colton, and as he said, he doesn't have it all figured out just yet. "I'm not naive to the fact that there's other people here, and I know every relationship is so different," Colton told Sydney. Sydney explained that she was all for Colton going after what he wanted, but if it here that he was Lionel Richie-style looking for, it "would be easier."

Sydney's right — if Colton wanted to prioritize Sydney, he would prioritize his relationship with Sydney. Clearly, he's into some of the other women more, and that's OK. Sydney was disappointed that she had to leave, but she would be a lot more disappointed if she stayed until the end of the show and realized she wasn't feeling Colton.

Sydney's departing words were strong and mature. "I just hope for him that he can figure out what is right and what is wrong," she said. "I can't keep being here expecting something to change, because I know that it won't." That's what you get when you have sager, wiser contestants on a show like The Bachelor — the self-actualization to know that what you don't want is as important as what you do want. Colton will probably fall into a sobbing tailspin because of this, but ultimately, Sydney's leaving was the best thing that could have happened for the both of them.