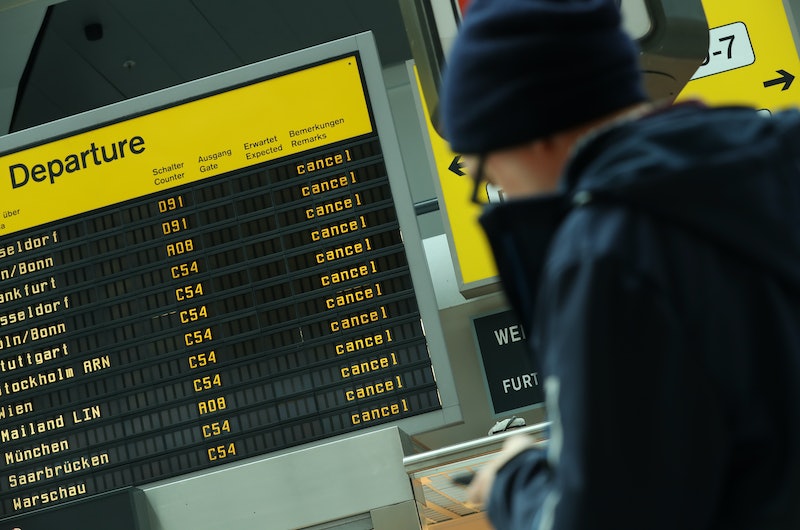 A plane carrying 71 people crashed shortly after leaving Moscow's Domodedovo Airport on Sunday. In the aftermath of the incident, many are wondering why the Russian Saratov Airlines plane crashed, but hours after the crash, there were still many answers being considered.

The plane, an An-148, had left Domodedovo only about five minutes before it plummeted to the ground about 50 miles southeast of Russia's capital city. The closest town to the crash was the village of Argunovo. The plane's planned destination was Orsk, a mountain city in the southern part of Russia, close to its border with Kazakhstan.

The authorities are considering many factors that could have caused the Saratov Airlines crash, among them the extremely snowy weather in the region and human error. Officials have not yet been able to pinpoint any one specific cause, though the weather is certainly something that they are focusing on. According to the Guardian, the region had been experiencing record level snowfalls and it was causing poor visibility. Problems with the plane are considered to be unlikely, as the An-148 was made only seven years ago.

Russian President Vladimir Putin, who expressed his grave condolences, ordered that his cabinet put together a commission with the express purpose of figuring out what happened to cause the crash.

People who witnessed the crash from Argunovo claim that they saw the plane burning as it fell, before it eventually crashed into a snowy field. While rescue workers were eventually able to reach the scene on foot, no one has been able to recover the black boxes that would offer some information about why the crash happened. The Telegraph has cited an Interfax report claiming that a technical fault was most likely the cause behind the crash, but that has not been confirmed. They also report that Russian meteorologists have weighed in on the situation, claiming that weather was not likely a factor in the crash.

“Meteorological conditions probably couldn't have directly or indirectly affected the development of the catastrophic situation,” said meteorologist Yevgeny Tishkovets, as reported in The Telegraph.

Some lay observers on Twitter have suggested that the plane not having been de-iced may have caused the altitude fluctuations shown in the data and thus been a factor in the crash, but this has not been backed up by any news source. At the moment, terrorism is not being considered as a potential cause of the crash.

Saratov Airlines, a small Russian airlines based in the city of Saratov, does not have a spotless history, although this is their first fatal crash. The BBC reports that they were banned from flying internationally after a surprise inspector found at least one person besides the flight crew present in the cockpit in 2015, but they successfully appealed this ban in 2016. The bulk of their destinations are domestic, though, besides a few international destinations in neighboring countries Georgia and Armenia.

In recent years, Russian airlines have suffered several memorable fatal crashes. In 2016, a Tu-154 carrying much of Russia's Alexandrov military choir plunged into the Black Sea, and all 92 people on board lost their lives. In 2015, an Airbus A321 operated by a Russian airline crashed on the Sinai peninsula in Egypt, killing the 224 on the flight in what ISIS claimed as an act of terrorism. 2016 also saw another crash in Russia, although the flight, which went down due to poor weather conditions, was operated by FlyDubai.

There is still much investigation to be done on the issue. Most of those on board were from Orsk, the planes intended destination, and so their relatives and loved ones gathered at the airport there will unfortunately have to wait to find out what happened to the Saratov Airlines flight.