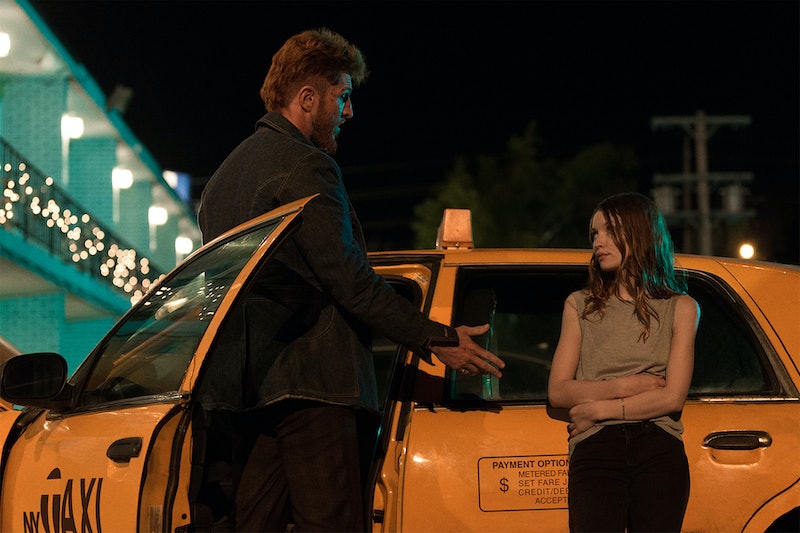 In a bold move, the penultimate episode of American Gods' first season didn't feature either of its protagonists, Shadow Moon or Mr. Wednesday; instead, it featured one of the biggest twists of the series so far: Wednesday and Mad Sweeney killed Laura Moon. That's right, the car crash that claimed the life of Shadow's beloved bride was no mere accident. But why would Odin and a leprechaun care about the depressed wife of a random prison convict enough to want to murder her? What exactly does this revelation mean for the series moving forward?

The twist comes at the end of the episode, which centers around a road trip undertaken by unlikely travel companions Laura and Sweeney. After ditching cab driver Salim at a truck stop, the pair steal an ice cream truck and continue their journey to find a god who can bring Laura back to life permanently so Sweeney can retrieve his missing lucky coin. But before they can reach their destination, Laura swerves to avoid an animal in the road and flips the truck, spilling the coin out of her rotting torso as her corpse hits the asphalt. But just as Sweeney is about to walk away with the coin he so desired, a guilt-ridden flashback makes him reconsider — a flashback to the night Laura died.

All this time, viewers assumed that the event that took Laura's life was a tragic and ill-timed accident, caused by Robbie's distraction from the attention Laura was giving him and nothing else. But in Sweeney's memory he drives up shortly after the wreck — Laura is still taking her last, gasping breaths — and surveys the scene. (It's still unclear whether the leprechaun was actually driving the car that caused them to swerve off the road, or if his involvement was less direct than that.)

A crow — which we now know to be one of Odin's two ravens, Huginn and Muninn (Old Norse for "thought" and "memory") — is also there, cawing from a nearby tree. Sweeney looks up at the bird and says, "Tell him. Tell him it's done." The raven flies away and Laura finally expires from her wounds.

The fact that Wednesday and Sweeney were involved in manipulating events in Shadow's life before they even met him give the lie to the assumption that Shadow's and Wednesday's first meeting on that airplane was a chance encounter. It's clear now that Shadow isn't just some hulking ex-con who Wednesday thought would make for good muscle in his brewing war against the New Gods. There's a specific reason that Wednesday wanted Shadow on his side… a reason big enough to kill Laura over.

What reason is that? Clearly there must be more to Shadow than meets the eye if the All-Father wants him on his side for the impending battle. Could Shadow himself be a god and not know it? (Was his ability to conjure snow a few episodes ago not an offshoot of Wednesday's powers, but a superpower of his own?)

Those who have read the 2001 Neil Gaiman novel on which the Starz series is based already know why Shadow is such an important pawn in the war between the Old Gods and the New. Everyone else is just starting to get an idea… and they'll just have to sit back and wait in anticipation for Wednesday's master plan to unfurl.