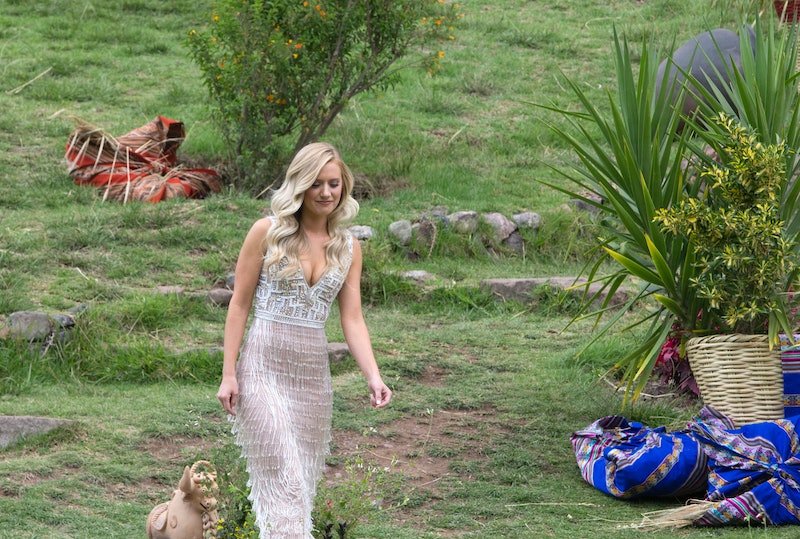 Arie was in love with both Lauren and Becca going into the final rose ceremony. Yet, Arie didn't propose to Lauren on The Bachelor. The only issue that Arie had with Lauren throughout the course of his season was that she could be a little closed off emotionally. And that seemed to be what pushed him in deciding to end things with her. While his feelings were still strong for Lauren, her quiet nature seemed to make him more confident in his relationship with Becca. So even though he could barely explain it himself, Arie blindsided Lauren and didn't propose to her on The Bachelor season finale.

Although he didn't explicitly say so, one of the reasons that Arie didn't propose to Lauren could have been because of what his family had to say. While his family liked both Lauren and Becca when they met the women, they thought that Becca's personality would be a better match for him. They noted that Becca is more outgoing and appears to be more motivated — something Arie's father particularly thought would benefit Arie. However, it was up to Arie if that was a good enough reason not to pick Lauren. And he admitted to Lauren during the breakup that he didn't know he wasn't going to choose her until the morning of the final rose ceremony.

The only other doubt about his relationship with Lauren that he expressed (that was shown on camera) was when he said, "There's an indescribable pull towards each other, but I don't know if that's enough." And apparently, he decided it wasn't. After Lauren proclaimed her love for Arie and how she had broken her emotional walls down, he shook his head and broke the bad news. "I have loved that you broke down those walls," Arie said. "Last night, I was awake all night thinking about this moment and I wanted it so bad for us. But there was something that was holding me back and I just — I can't go through with it. And it's not anything that I can explain other than that I gave it everything I had to see if it could work."

Arie chose to propose to Becca after his breakup with Lauren and he seemed to be happy with his decision — but only for a minute. Although Becca and Arie had some time alone together after their engagement, he ultimately decided that he cared for Lauren more. "Sometimes when I'm doing these little getaways with Becca, I think about, 'Oh, how would this be with Lauren?' And it just kills me because I have a great woman right next to me. I go to bed and I think about Lauren. And I wake up and I think about Lauren," Arie said.

Knowing all this, it makes even less sense that Arie didn't propose to Lauren. But he seemed to be swayed by the fact that Becca was the more logical choice. Yet, he went on The Bachelor to find love, so he should have followed his heart first and foremost. And if he was still conflicted the morning of the final rose ceremony, as he said he was, then he should have given himself more time to make the decision. That would have been fair not only fair to himself, but to the two women involved as well.

What's yet to be revealed is whether or not Lauren will take back Arie after he broke up with her in Peru, which The Bachelor will surely show during the March 6 episode. So even though she experienced heartache, there may still be a happy ending down the road for Lauren.