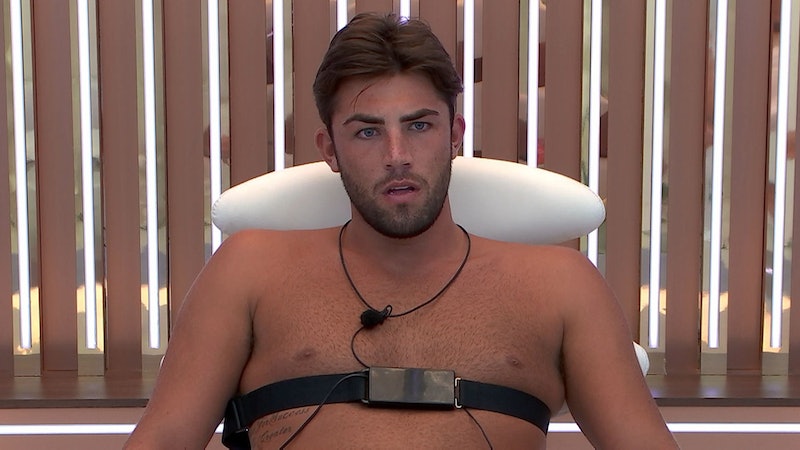 The Love Island 2019 final hasn't happened yet, but viewers are already pointing out the lack of one particularly memorable challenge: the lie detector test. Also known as the episode where concrete couples break down in tears, the test has become a staple of the summer dating show. So what happened to the lie detector in this year's Love Island?

A polygraph, as it is formally known, has featured on more than one reality show. As well as attempting to cause havoc in budding villa relationships, it was used by The Jeremy Kyle Show to present the "truth" about family arguments, cheating rumours, and more. But after one Jeremy Kyle guest, Steve Dymond, died a week after "failing" a lie detector test concerning his fidelity, serious questions arose over whether such an unreliable method was appropriate for reality TV, reports the Evening Standard.

The Jeremy Kyle Show was axed. And Dymond's death, coupled with the deaths of Love Island stars Sophie Gradon and Mike Thalassitis, prompted Ofcom to look into whether lie detectors and other tools were "fair treatment" of vulnerable people, per the Guardian.

Let's get things straight: polygraphs are unreliable. They are unable to directly determine whether a person is lying, instead designed to measure bodily responses which could indicate such behaviour, reports the BBC. (This can include everything from blood pressure and breathing changes to palm sweats.)

But numerous experts have raised issues with lie detectors. "[They do] not measure deception, which is the core problem," Professor Aldert Vrij told the BBC. "The idea is that liars will show increased arousal when answering the key questions, whereas truth tellers will not. But there is no sound theory to back this up."

Other experts explained that the stress of taking the test can contribute to an appearance of lying and that polygraphs require an experienced person to ask questions and analyse results. Of course, there's also the fact that they are generally banned from courtrooms to consider, as YouGov states.

Despite all these credibility issues, reality TV shows give the impression that the results are the truth, the whole truth, and nothing but the truth. Love Island in particular appears not to brief contestants on the questions that will be asked; something that goes against the entire polygraph procedure. As Professor Don Grubin explained to the BBC: "There are no surprise questions because that in itself will trigger a response."

ITV previously confirmed to Radio Times that the results were genuine. But several former islanders have spoken out against the use of the lie detector. In 2017, Kady McDermott tweeted that the episode was a "day where the producers [choose] who fail and pass." In the same year, Alex Bowen tweeted: "The lie detector is about as real as my new teeth."

Even 2018 contestant Dr. Alex George has criticised the test, telling Racing Post that "they simply don't work. I don’t think it was accurate. Some of the things they said were true and false didn’t match up with what we felt was happening on the inside. I can’t remember what it was but I answered a question truthfully and it said it was false. The more you protest, the more everyone thinks you’re definitely lying. Detectors which measure pulse or respiratory rate aren’t that accurate quite frankly."

Rumours that Love Island 2019 would scrap the lie detector occurred back in May. A source told The Sun that, after the fate of Jeremy Kyle, "the feeling was [that] bosses must be whiter than white — they cannot mess with people’s emotions.

"The test Love Island used last year was very basic — one not approved by the British Polygraph ­Association," the source continued. “While nothing is set in stone and ideas change on an almost daily basis, at the moment there are no plans to bring the ­polygraphs back.”

Well, those plans didn't change, the polygraph failed to show, and the nation is better off because of it. Not only does this decision bode well for the future relationships of Love Island's contestants, but it also goes some way to proving that the series is finally evolving into a healthier format.

Introducing more rigorous mental health support, like executives have recently done, wouldn't have helped much if the show's challenges continued to negatively twist reality. And although parts of the series are still problematic, the lie detector's banishment can only be written off as a positive.

The reason why is simple. Foisting a fake baby onto people is funny, but painting them as a liar in front of millions? Well, that's an entirely different ballgame.