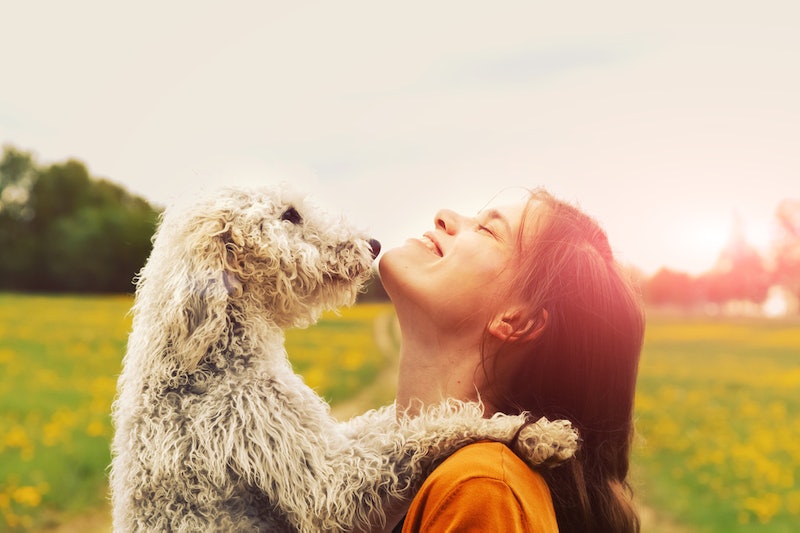 It's no mystery why dogs are known as man's (or woman’s) best friend. Our furry little companions seem to have all the answers. If you have a stressful day they’ll greet you at the door with a wagging tail. If you're watching a film and need a snuggle buddy they’re there. And they're more than happy to go on all your adventures with you. If you’re as big a dog-lover as I am then this question will have crossed your mind before. Why do I prefer dogs to humans? A new study has found that many dog owners look to their doggos for support in times of need and they may actually prefer them to other humans.

The dog sitting and walking app, Gudog questioned its users to see how close we are to our pets. It would seem that when it comes to our relationships we rate our pooches pretty highly. Sixty-one percent of respondents said that in the last month they took more pictures of their dogs than they did their human loved ones. Well, when you’re sharing a house with a dog as cute as Doug the Pug it would be rude not to take some shots.

And dogs aren't just a cute face. Many owners seem to really value their time with their dog as 52 percent of dog owners admitted they had cancelled plans with friends and family in the past in order to hang out with their pooch. Fifty-three percent said spending a bit of quality time with their dog was the best remedy for a stressful day.

Scientific research has also proven that there are health benefits to owning a dog. Research discussed in Psychology Today looked at how dogs can teach their owners mindfulness, relieve stress, and offer empathy. The University of British Columbia provided 246 students with the chance to play with, cuddle, and hang out with some therapy dogs.

They published their results in Stress and Health and co-author Stanley Coren said on Psychology Today, “the results were remarkable. We found that, even 10 hours later, students still reported slightly less negative emotion, feeling more supported, and feeling less stressed, compared to students who did not take part in the therapy dog session.” So, next time you want to duck out of drinks to hang with your dog remember, it’s self care.

Many dog owners find themselves chatting to their dogs, whether it’s full blown conversations or cooing like a baby. There’s no shame, I know I’m guilty of doing it to strange dogs in the park. If you're prone to chat with your pooch you’re not alone. Eighty-four percent of dog owners surveyed admitted to talking to their dogs out and about with them during their day. They might not be able to respond but they’re definitely good listeners. Furthermore, 19 percent of dog owners admitted that they tell their dogs secrets they wouldn’t tell even other humans.

Between their puppy dog eyes and wagging tales it’s clear to me why we love our dogs so much. They’re adorable. But they can also be a seriously calming, loving presence in your life. If you feel like sometimes you’ve got a bit more love for your dog than any human in the world then don’t worry, you’re not alone.