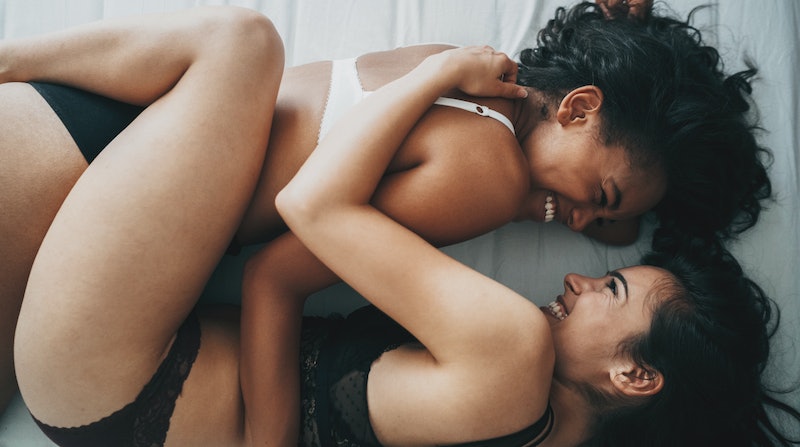 Q: Why does the “number” of people you sleep with still have to be a thing?

Ah yes, the sex number. The favored form of slut-shaming for… basically everyone. What could be a fairly innocuous thing — a record of how many people you’ve had sex with — inevitably becomes fraught with meaning, regardless of how high or low that number is. Some people are ashamed because their number “not high enough.” Some feel judged if it’s “too much.” But what is the magic, acceptable-to-everyone number of sexual partners a person “should” have? You guessed it — it doesn’t exist.

Once upon a time, before the sexual revolution of the 1960s and 1970s, there was a clear answer to the question of why the number of people you have sex with was important, at least for people with vaginas. The number of people those people had sex with mattered because having sex outside of wedlock literally devalued them in the marriage marketplace. A woman who had sex (of her own volition or if she was raped) was considered “ruined” and would not be able to find a respectable and monied man to take care of her. In a time when women could not independently hold property, this was a big deal.

Men, on the other hand, were expected to have multiple partners before (and sometimes even during) marriage, according to the Kinsey sex studies. That’s the whole basis of the sexual double standard, where men are lauded for their sexual exploits and women are shamed.

Fast forward to the 21st century. While cisgender women and other assigned-female-at-birth people are no longer considered property, the shadow of the ruined woman lives on. While sex outside of marriage is now the norm rather than the exception (one study found that 95% of people had sex before marriage — and that was back in 2006), there’s still an idea that there’s such thing as “too many” sex partners.

So is it more than three? More than 10? More than 100? The answer to that question is based entirely on each person’s subjective experience, which could include anything from a very religious upbringing to a decade in sex work. (Or both!) Which is to say: While a friend or a partner or a pastor might assign some value — positive or negative — to a person’s sex number, the only person who’s opinion matters is the person having the sex. Everyone else can and should keep their opinions to themselves.

But self-slut-shaming is a very real thing. I know that I have occasionally gotten down on myself for my sex number, despite being a lifelong sex-positive feminist. (Find me someone who hasn’t and you will have found the most well-adjusted sexual being in the universe.) When that happens, it’s a good time to remind yourself that your sexual choices not only are yours and yours alone, but also made you into who you are today.

Let’s bring it back to the original question: Why does the number of people you sleep with still have to be a thing? Well, the best answer is: It doesn’t. It’s up to each of us to change the narrative around sex. If this is something that seems like a problem to you, start by interrogating your own feelings about your and other people's sex numbers. Talk it out with friends, or even a therapist. And then? Stop asking partners how many previous partners they’ve had. Shut it down when people talk about friends or celebrities being “sluts.” And try to let go of the judgments you’re carrying about your own number. Sex-havers everywhere will thank you.