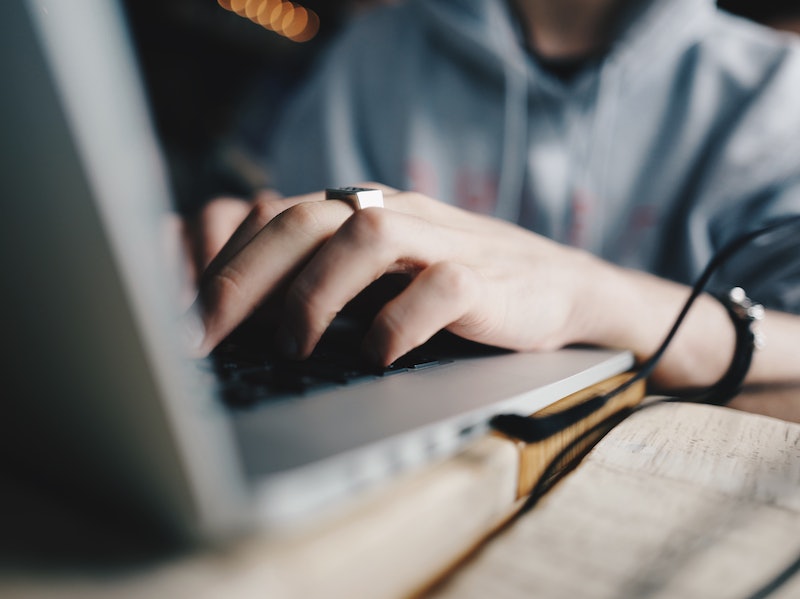 Fanfiction is among one of the most hotly debated subjects in the world of books, with just as many readers and writers praising it as condemning it. As polarizing as it may be, it's hard to deny that fanfiction can be a good thing for readers and writers alike. It's influence, innovations, and contributions to the world of mainstream fiction have changed the way we approach storytelling, demanding it to be more inclusive and representative than ever before.

But what exactly is fanfiction? At its most basic level, fanfic is a new work of fiction that uses the characters or takes place in the setting of an original work and is written by fans, not the original creator. It's a new story by a reader (or, in the case of movies and television, viewer) who further explores the lives of the characters they know and love and the world in which theylive. It's so much more than what it's often misunderstood to be: an unimaginative knockoff of an original story told by fan girls and boys too obsessed to create their own. It's more than BDSM fantasies starring Harry Potter and Draco Malfoy. It's more than failed writers living out their fictional dreams on the internet,. It's more than online forums where grammar and spelling don't matter. Fanfiction is another side of the literary world where everyone, everything, and every story is welcome.

While it's true that there are many published books that can technically be considered fanfiction — Romeo and Juliet, The Once and Future King, 50 Shades of Grey — fanfic, in its most pure form, exists online in a community of fan readers. It's on websites like FanFiction.net, Archive of Our Own, and Wattpad where the real magic is happening. There, fanfic writers of every age, gender identity, color, ability, religion, and sexual orientation can take original stories they love and give them a unique twist all their own.

Fanfiction is a beautiful opportunity for readers who want to see themselves represented in the stories they read. For people of color who are sick of whitewashed heroes and heroines; for the LGBTQ community tired of heteronormative love stories; for disabled individuals overwhelmed by able-bodied protagonists, fanfiction is an opportunity to not just see the story, but actually be a part of it. Because in fanfic, protagonists don't all have to be white, straight, cis-gender males, female characters can be more than just love interests, and POC characters can be more than just part of the ensemble. In fanfic, anyone can be the hero — or heroine — of the story.

Fanfiction has a reputation for being dirty, smutty writing, and while there are plenty of Golden Trio stories out there that take on a whole other meaning, fanfic goes way beyond sexual fantasies. Fanfiction embraces the original works, and adapts them in a way that allows readers to explore other identities beyond the scope of the mainstream fiction. In fanfic, queer identities can be fully fleshed out, same-sex relationships can be explored, and the stereotypes around sexual identity can be challenged in brand new ways. Women in fanfiction can become the focus of the story, not just the supporting roles, and entire casts of whitewashed characters can be given different, inclusive identities. With fanfiction, the readers — the fans — have the ability to change and create the narrative in a meaningful way to themselves and their identity.

Reading and writing doesn't get much more powerful than that.

But fanfiction isn't just good for readers, it's an incredible opportunity for writers, too. Fanfic is a way to engage readers in a work in a whole new way, and while plenty of authors, including George R.R. Martin and Diana Gabaldon, don't love fanfiction, it's hard to ignore the facts: their fans love their stories, love their characters, love their worlds, and just want more of it.

For writers, fanfiction not only adds legitimacy to their original works — you haven't really made it as an author until there are people writing fanfic about your book, right? — but it's also a way for their readers to get more from the story without the author having to do the work themselves. It allows a writer's original story to continue on without them, take on a adaptable life that can fit each new generation of reader. It gives an author's original story a one-size-fits-all opportunity to be inclusive for anyone who wants to take it on.

On its most basic level, fanfiction is a great form of free advertising and marketing, and who can argue with that? But fanfiction is truly an expression of love and adoration, and in the literary world, it doesn't get much more flattering than that.