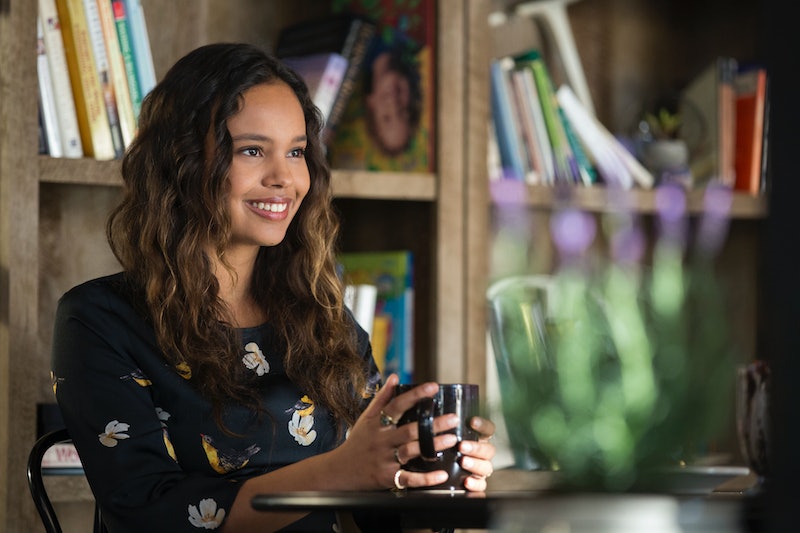 In the first episode of Season 4, viewers learned that Ani was originally going to move to Oakland with her mom after Christmas. But Jess offered her room in her own house so Ani could stay and finish her senior year with her friends at Liberty High School. Coincidentally, Jessica's mother and brothers were relocating to Seattle for her mother's new job, but Jess said her dad's transfer wouldn't go through for six months. So she and her father were staying behind and they now had extra room for Ani to stay with them. "My dad would love to have you here. He thinks you're a good influence on me," Jess said.

Ani seemed hesitant at first, concerned that her mom wouldn't let her stay. But Jess pleaded with Ani to at least ask. "I don't have anyone," Jess said. "Come on, what would I do without you?" Eventually Ani did ask her mother, who also seemed unsure but relented with the promise that Ani visit her on weekends and also that Ani have a sundown curfew. And so Ani and Jess basically became Clay and Justin 2.0, living together with a newfound sort of sibling-esque relationship because of the circumstances that bonded them.

Jess and Ani's bond was cemented in Season 3, after Jess watched as Bryce Walker drowned and didn't attempt to rescue him. Bryce was pushed off the dock and into the water by Alex — after Bryce was beaten up by Zach — so several people contributed to his death, but Jess likely would still have been in trouble for her non-action and subsequent silence. After Ani learned the truth about Jess' involvement, Ani went to police with a complex story that ended up pinning blame for Bryce's death on Monty De La Cruz, who was killed while in jail on rape charges. Unable to speak on his own behalf, Monty was charged with Bryce's death and the case was neatly wrapped up.

Framing someone for murder is a pretty serious thing for Ani to have done to help Jess, so it makes sense that Jess would want to keep Ani close. But the duo's bond extends far beyond that tragic moment. Earlier in Season 3, Ani encouraged Jess to run for student body president and helped Jess with her anti-sexual assault protests. As Jess' father put it, Ani's a good influence on her.