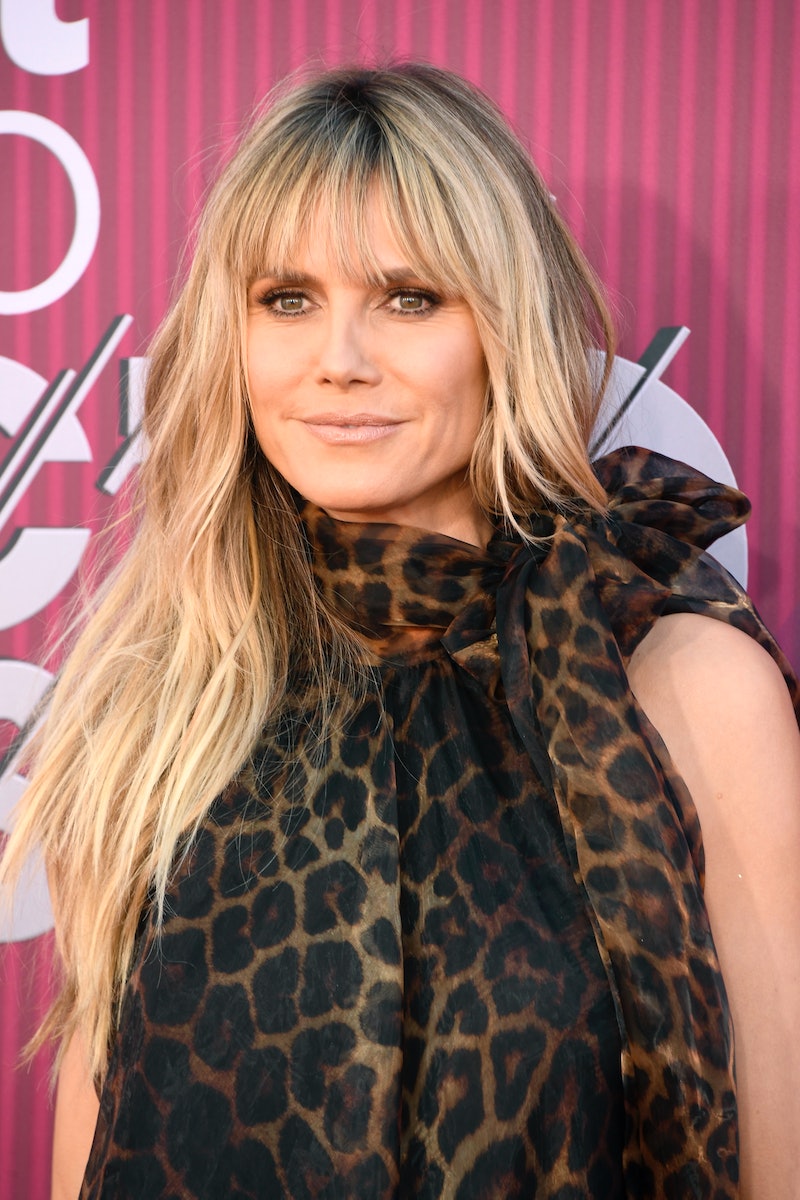 For the first time in six seasons, Heidi Klum won't be on America's Got Talent, and she's not the only one who's left the show. Her fellow judge Mel B also exited ahead of the new season, as did host Tyra Banks. Collectively, they're being replaced by new judges Gabrielle Union and Julianne Hough and new host Terry Crews. But just because you can't see Klum on AGT anymore doesn't mean you won't see her back on your TV soon.

When fellow judge Howie Mandel talked to Access Live about Klum's exit from AGT, he explained that she has a new, exciting project in the works. "Heidi is exploding and is going to be doing a new show on Amazon," Mandel said. He was referring to Klum's upcoming series with her former Project Runway co-star Tim Gunn. After the two of them left Project Runway, they teamed up for an unscripted fashion competition show on Amazon. Variety reported that it's set to film this June and July, which would have made filming the live AGT shows at the same time very difficult.

Not many more details are available about the show outside of that, but launching a new series is a big undertaking. Plus, Klum also just wrapped up her 14th season judging Germany's Next Top Model, and she got engaged to German songwriter and producer Tom Kaulitz in December 2018, which means the two will presumably be planning a wedding soon. Needless to say, Klum has had a lot going on outside of AGT.

But just because she's moved on from the show doesn't mean Klum has any ill feelings toward AGT. In fact, she posted a couple of sweet goodbyes to the series on Twitter after her time as a judge concluded. Alongside a photo compilation of her time on the show, she wrote:

"I wanted to say THANK YOU and how amazing the past six years have been while working on AGT… I love my fellow judges and our hosts and our AMAZING CREW … It’s been such an incredible experience and I will miss ALL OF YOU very much!"

The love goes both ways, with Mandel telling Access Live that he'll miss his former co-stars Mel and Klum. "I love them," he added.

The fans loved Klum too, and they seem pretty split about having to watch the show without her. TV Insider conducted a poll of its readers asking whether they will still watch the show even without her and Mel B. About half of the respondents said they wouldn't, but you know who will still be watching? Klum herself. She added in another tweet that she'll still be "watching and voting from home."

AGT clearly still has a fan in Klum, even if she's not on the actual show anymore. Fans who miss her can keep an eye out for her Amazon show, which will be coming soon after it finishes filming this summer, and who knows? Maybe they'll find Union and Hough just as charming.