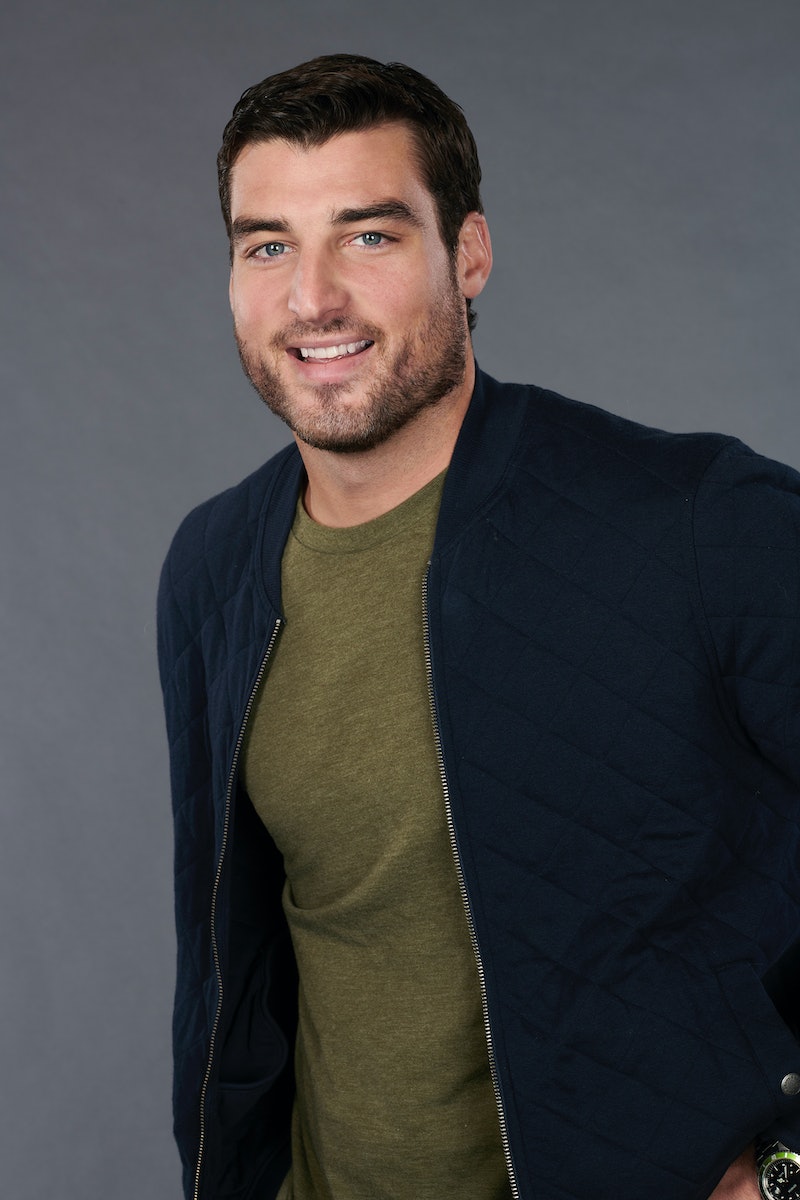 Every season, The Bachelorette: Men Tell All reunites a group of the season's castoffs to rehash all the drama and memorable moments. However, Hannah's reunion special is missing one contestant. Tyler G. isn't at the The Bachelorette: The Men Tell All, though it's not totally surprising given his early exit from the show.

Tyler left The Bachelorette early on, and in an unexpected way that surprised even Hannah. He may have received her first one-on-one date of the season, but he packed his bags shortly afterward. And Bachelorette fans had only Hannah's quick explanation as to what happened. "Tyler G. had to leave, and that's upsetting, because I really enjoyed my date with him," Hannah said during his exit episode. And that was it. No limo goodbye was shown and no further explanation was given.

Fellow contestant Cam told Entertainment Tonight that things were similarly confusing for the rest of the men on the show. "It was kind of surprising to all of us," Cam said. "We were all by the pool, having a regular conversation, and next thing I know, Tyler's gone." Cam claimed, saying producers told them, "'We can't really talk about this, but it's in the best interest for Hannah and for Tyler for him to no longer be here.'" (Bustle reached out to both ABC and Tyler for comment regarding his exit and absence on the Men Tell All, but did not receive a response before publication).

As another Entertainment Tonight article reported, some viewers have speculated that a Reddit thread about Tyler's alleged behavior toward women led to his departure from the show. However, ABC has not commented on the matter and Tyler denied the Reddit claims in a lengthy email to Refinery29, where he said in part:

"Addressing totally unsubstantiated rumors posted to Reddit from an anonymous account seems imprudent. I feel that even addressing them gives them some sort attention and fuel but I continue to have faith in my journey and in a purpose for everything that's happened to me in my life. Above everything else I am a son to my mother. She raised me to be better than these sort of baseless accusations. The rumors are so far out of the realm of my personality and values that it seems silly to waste time denying, but I suppose I will for the record."

Considering Tyler's exit wasn't really explained and he wasn't mentioned on the show again, it makes sense that he's not at The Men Tell All discussing what happened all season. He may have had the first date, but, overall, he didn't make a large enough impact on the show to be brought back again to hash out the drama with the other men.

As for who will be there in Tyler's stead, the ABC press site reveals that Brian, Cam, Connor S., Daron, Devin, Dustin, Grant, Dylan, Garrett, John Paul Jones, Jonathan, Luke S., Matt, Matteo, Mike, Ryan, and Luke P. will all show up.

The synopsis for the episode also reveals that Luke P. will be there to "give his side of the story" while the rest of the contestants "explode into the vitriolic outburst they have been holding back all season long."

Based on the The Men Tell All press photos, here's what fans can expect to go down:

Luke P. Will Be In The Hot Seat And Questioned By Chris Harrison

Ah, there's the Luke P. face we know and... are ready to be done with.

Hopefully Harrison asked him about whether he'd be interested in being the next Bachelor.

John Paul Jones Lets Someone Cut A Lock Of His Hair

This Men Tell All sneak peek confirmed what many fans already knew: John Paul Jones is a total ham, and absolutely hilarious.

Cam And Jonathan Will Have Another Confrontation

Honestly, Luke P. dominated so much of the drama this season, it would be understandable if you forgot about Cam. Early on, he feuded with Jonathan, and now they're both back to hash it out.

As for what Tyler G. was doing during Men Tell All filming instead? He hasn't posted much on Instagram, but his few posts show that, after The Bachelorette, he spent some time advocating for student and teacher safety in schools and reading books, He also started a Cameo account if you want a personalized $15 message from him. Maybe your $15 can go towards getting some answers about his mysterious Bachelorette exit.