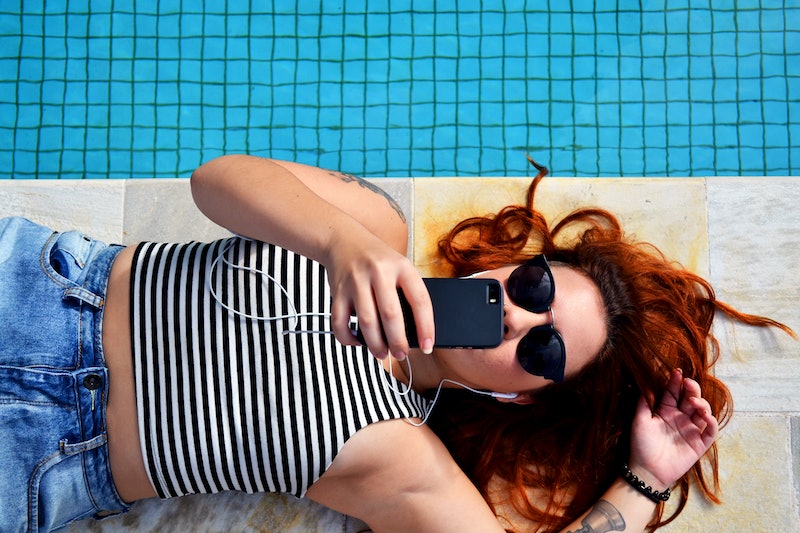 OK, let's have a real moment. As much as social media is a great place to stay connected with every waking moment of your followers' lives, sometimes it's exhausting. For that reason some choose to go on a hiatus from social media, others just choose to openly rant about oversharing, and some of us just push "unfollow." But what happens when it's not the "I've been friends with them on Facebook for a year now"-kind of friendship, and someone you're actual friends with in real life?

First, let's touch and agree that even your friends can get on your last good nerve, and that's OK. But what might be a petty annoyance in real life is only exacerbated on social media. Studies have shown that all of those notifications and shallow interactions fueling poor mental health; and of course it seems harder to address the problem when it's your bestie doing the absolute most. So maybe it's not always everyone on the internet. Sometimes it's really just a handful of your friends on your TL constantly debating the same topics or giving you long-winded post after post. It takes its toll on you in the long run either way.

A good follower or two is sometimes hard come by, and it can definitely offend if they happen to notice you aren't following them anymore. Social media forces you to engage with opinions and posts on a daily basis, whether you like it or not. Instead of giving people their space and maybe checking in with a phone call, like we did back in the day, that space gets smaller depending on how much they share.

The problem is, empathizing in this medium isn't always emotionally healthy. Dr. Steven Tyler, an author and senior lecturer in psychology at Leeds Beckett University, explained in an article for Psychology Today that sometimes we become overwhelmed by others' suffering that our mental and physical health are also affected.

"This is a very real problem, which many of us experience from time to time. It might be termed ‘negative empathy’: a state of being so sensitive to other people’s experiences that we become overwhelmed by their suffering, to the point where we begin to suffer ourselves," Dr. Tyler writes. "Negative empathy is an extreme form of ‘emotional contagion’, in which the contagion becomes so intense that our emotional and psychological health is seriously impaired."

After all of the curating and unfollowing, it feels more like a particular friend's breakup or frustration is now your problem. If it's a consistent or even serious issue they're addressing, even when you want to be empathetic, after a while, that too gets difficult.

So if you've ever felt quite stressed to log on to your favorite social app, I stand with you. It's time to mute them.

This is why I would argue every social platform needs a muting feature. This is different from "blocking" someone on a platform, which would be immediately obvious and hurtful to the user. You should be able to quietly distance yourself from their posts without notifying the muted party. There needs to be a way to give yourself distance from a friend or user without feeling extreme for unfollowing. Just like any friendship, sometimes you just need space. It doesn't mean they're awful, that you no longer want to be friends, or that they did something block-worthy. This is mostly about self-preservation and also prioritizing your mental health.

So not only is it OK to mute that friend — or in some cases, block if necessary — it shouldn't always be viewed as assault on your friendship. And who knows? Maybe reaching out offline can do a whole lot more for both you and them than liking their status.