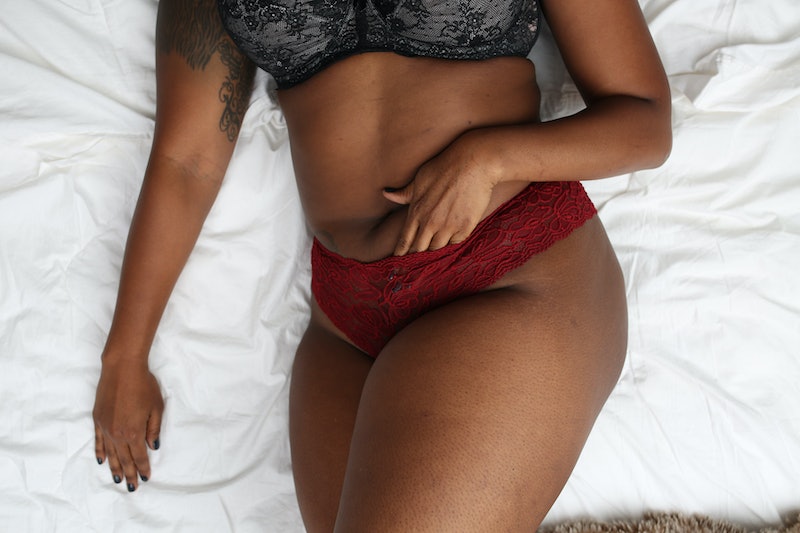 The stigma around female pleasure (particularly when it is not catered towards a man) is really baffling. It implies that we as a society want to shame women for enjoying sex."

To anyone who's sex positive, it's a no-brainer that, just like men, women enjoy pleasure for pleasure's sake and should be able to explore their own bodies freely. Unfortunately, not everyone shares this view, and that pervades our culture in subtle ways that we often don't even stop to think about — and which have seriously negative consequences.

"Attempting to control or take ownership of [female pleasure] is so dumb," Brotherton says. "[Firstly] it doesn't work, you can't control or oppress someone's sexuality, it will come out one way or another and secondly, women who know their bodies and how to pleasure themselves are better sexual partners because they are comfortable with themselves and their sexuality. And it's not just men that are reinforcing the stigma. Our society's discomfort with female sexuality is so deeply embedded, we all buy into it on some level."

How Can We Tackle Such A Complex Problem?

In a patriarchal society, women are viewed largely through the male gaze, which of course has an impact on how women's bodies and sexualities are portrayed and discussed in the media. (Just think about all the ads you've seen that feature a sexy, busty woman seductively... eating a cheeseburger?) Though it's tempting to blame men for all our sex-related problems, that's neither accurate nor fair — in reality, other women can be part of the problem, too.

It's awesome if you feel empowered discussing your sexuality openly and candidly, but it's also important to remember that not everyone is necessarily on the same comfort level as you. Ultimately, it's not beneficial to assume everyone shares the exact same views about sex as you do, because it could prevent you from having authentic, mind-broadening dialogues with your female peers.

You don't have to throw your windows wide and shout to the world that you just gave yourself an amazing orgasm — but if more women start talking to each other about their pleasure, the more prepared they'll feel to talk about it with their sexual partners, which will lead to better, more satisfying sex (because if you know what you like, you can communicate that to your partner).

"The avoidance of female pleasure in television and movies and... the reinforced message that female orgasm is only appropriate if a man is giving it to her makes it very hard for women to grow up feeling empowered and believing that they are entitled to enjoy themselves as much as men," Brotherton says. "All of this can change if we start talking about it and educating girls about their bodies and their sexuality."

The Impact Of Representation