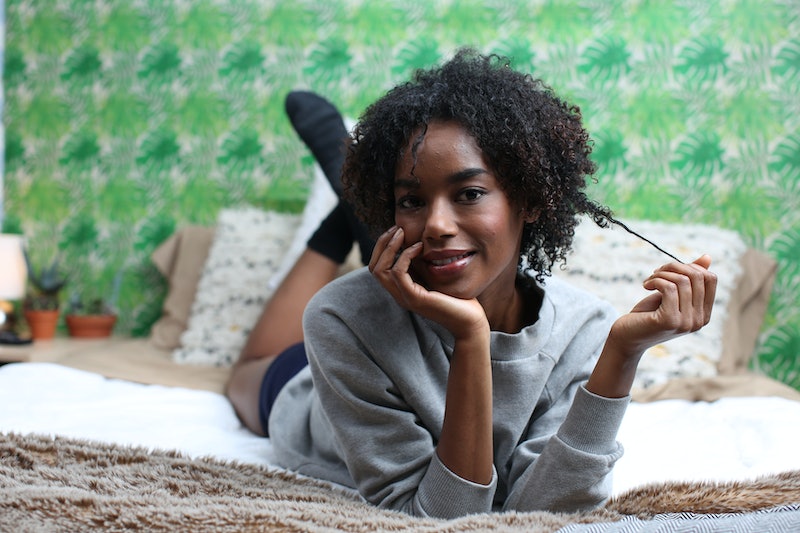 The only candid sex talk I got in high school was from a religion teacher who said something like: "Drink, do drugs, have sex. But wait until your 20s, when you can handle it." That stuck with me, and it's part of why I remained a virgin as an adult. Friendships, dating, and school were already overwhelming enough for me as a teen, and adding on such a big responsibility didn't seem wise. I had sex when I was 20 — once I found someone I could trust to support me through all the complicated emotions it might bring up.

I'm glad I waited, but many people made me feel like I shouldn't be. When I told a friend at age 18 that I hadn't had sex, he replied, "don't worry, that's OK" — as if I'd thought it wasn't. A lot of people just assumed I'd had sex early in college, since I dated a few people. Plus, there's a widespread idea that the only people who make it through their teens without having sex are social misfits. Jokes about adult virgins abound. There's even a movie, The 40-Year-Old Virgin, mocking how supposedly maladjusted and socially inept you must be if you're a virgin as an adult.

But there are plenty of reasons people wait to have sex that have nothing to do with lack of opportunity. "In high school, I made a promise to myself that I wouldn't have sex before college because I didn't want to deal with having to worry about accidental pregnancy or STIs," Alexandra, a 27-year-old who's waiting until she's in love to have sex, tells Bustle.

"In college, I was expecting it to happen, but after witnessing the complexities of casual sex amongst my peers, I decided that if I avoided that emotional rollercoaster (my view looking in), I would avoid a lot of potential grief," she says. "Plus, I know myself well, and I would not be able to fully relax and/or having a satisfying orgasm if I did not know or trust the person, no matter how hot they were!"

"Knowing what you are and are not ready for is a sign of maturity and self-awareness — not a weakness."

Others, like me, wanted to make sure they were emotionally mature enough to have a healthy sex life before they developed one. "Being in my mid-twenties when it happened, I was more emotionally prepared for that level of intimacy," says Melissa, 43, who waited until she was 24. "Knowing what you are and are not ready for is a sign of maturity and self-awareness — not a weakness."

Kate, 54, felt even more strongly about her decision to wait when she became a mental health counselor. Through her clients, she noticed that "sex ignites passions they’re not quite mature enough for — and not just 'love' but also revenge, lust, jealousy, and hatred," she tells Bustle. "Self-esteem takes a hit, too. 'He said he loved me! Why am I not loveable?'" She ended up having sex for the first time when she was 32 and had the loving partner she wanted.

For some, the right person just hasn't come along yet. Given the popularity of casual hookups on college campuses and among young professionals, a lot of people don't get into serious relationships until their 20s, 30s, or later. And for reasons varying from the preference for emotional connection to the desire to make sex as safe as possible, some want their first time to be with committed partners.

"I got unlucky with boyfriends. And I haven't met anyone interesting and sexy enough to do it casually."

Others would be open to casual sex but don't want to settle just to "get it over with." They want there to be a genuine connection, or at least an attraction. "I got unlucky with boyfriends," Pamela, 32, tells Bustle. "And I haven't met anyone interesting and sexy enough to do it casually."

According to Marissa Nelson, Licensed Marriage and Family Therapist and AASECT Certified Sex Therapist, these approaches are very healthy. "Even though it may be a different experience from their friends and peers, I have found in my practice that virgins have mastered the art of teasing and seduction," she tells Bustle. "They use their fantasy and imagination to vividly fuel their desires. Being able to embrace your own sensuality, and being able to make love to yourself, and knowing how to please yourself long before you make love to someone else for the first time pave the way to incredible intimacy with another, where you can experience safety, comfort, and the ability to let go and give into pleasure."

Abstaining from sex until the time is right isn't just good for some people's sex lives — it's also important for their sense of autonomy. For many, waiting to have sex means making sure the decision is theirs and theirs only, not the result of pressure from a partner or from society. "The main reason I am waiting is that sexual intimacy and who you choose to do it with is 100 percent your decision (except sexual assault), unlike most aspects of life that are mostly beyond your control," says Alexandra.

"I have made many past mistakes due to impulsivity," she says. "The decision to wait is my way of proving to myself that I can learn from my mistakes, have control over my choices, be patient for something I really want until I really, really want it, and not settle for anything less than what I want."

More like this
The 19 Best Tweets & Memes About Bisexual Awareness Week
By Lexi Inks
Are Quality Time & Gift-Receiving Love Languages Compatible?
By Lexi Inks
Breeding Kinks Have Been On The Rise Since Roe V. Wade Got Overturned
By Lexi Inks
6 Dating App Tips To Try If You're Looking For A Serious Relationship
By Lexi Inks
Get Even More From Bustle — Sign Up For The Newsletter