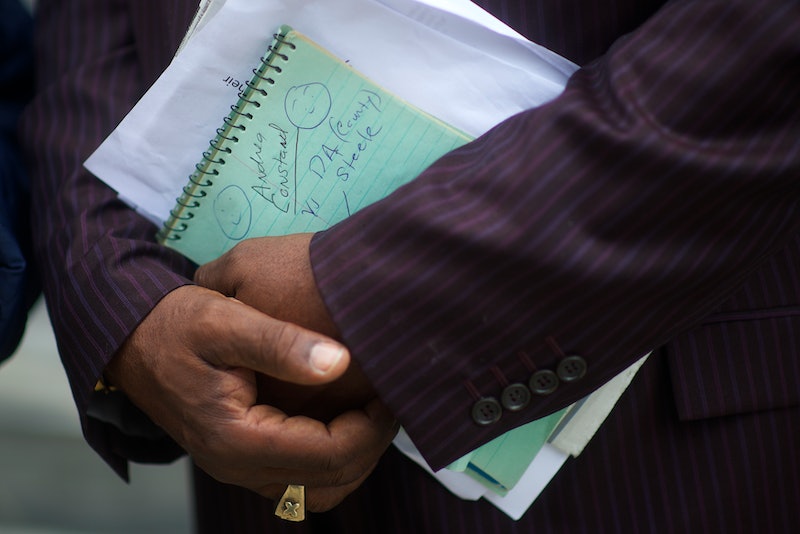 As a journalist, I have reported on a variety of incidents that can be psychologically jarring. Whether it is writing about foreign war or racial injustice, many times the real stories leave audiences reeling and feeling bruised. Sexual assault is also one of the themes that can be incredibly triggering for people, especially those impacted by it. With the Bill Cosby trial beginning today, it is understandable that conflicting feelings of confusion, anger, fear, and plain hurt will crop up. This is why, while watching the Cosby trial, self-care is vital.

Cosby's sexual assault trial began on Monday in Norristown, Pennsylvania, in front of a 12-person jury. The case is being spearheaded by Andrea Constand, who used to work for Temple University's women's basketball team. Cosby is accused of drugging and sexually assaulting Constand in 2004 and faces trial for three counts of aggravated assault; he has denied all charges.

It may sound difficult, but self-care while following the development of the Cosby trial is feasible. Although some may think of it as self-indulgent, it is far from that if practiced mindfully. Feminist Audre Lorde described self-care as follows:

Caring for myself is not self-indulgence, it is self-preservation, and that is an act of political warfare.

Firstly, remember that you are not obligated to follow every little detail of the entire trial. It can be triggering for sexual assault survivors to be inundated with visual or audio content that could dredge up painful memories from the past. This is why it's critical to treat yourself with kindness, patience, and compassion; after all, your feelings are valid. If you need to step away from the screen or remove yourself from a discussion about the trial, don't hesitate. Small steps like these have a tremendous impact on your mental health.

As Lorde said, self-care is an act of self-preservation. And in precarious times — like when society defaults to siding with the oppressor instead of the oppressed — self-preservation can be truly healing. While sharing their views on the trial as it unfolds, some people may have views that assign blame on victims or place the onus of safety on the victim. If you're online, and you come across writing of that nature, don't hesitate to turn to your friends for a shoulder to lean on. If it's a website sharing harmful views, close the tab and focus on something else.

Taking a break from the news allows time for recuperating from the exhaustion brought on by such a cultural conversation about women, sexual violence, and power. While it can be difficult for a sexual assault survivor inundated with victim-blaming language, not all hope is lost. By reasonably prioritizing one's emotional well-being (especially in this case) you can calm your nerves and get back on the grid to interact with others when you feel ready — no rush.