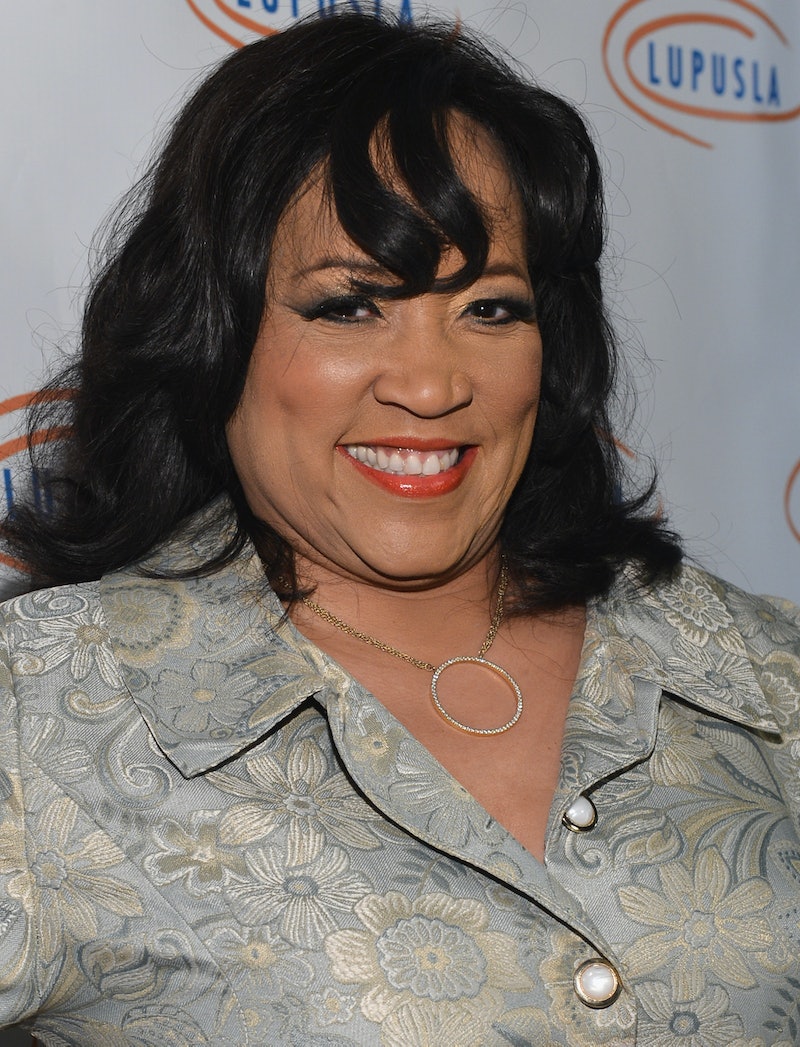 Sister, Sister… never knew how much we missed ya! When fans reminisce on the show, whose series finale just turned 25, they usually focus on Tia and Tamera’s peak '90s fashion or their classic “Go Home Roger!” catchphrase. But Lisa Landry, the matriarch of the show's household, also deserves serious attention. As played by Jackée Harry, the character was influential, memorable, and a perfect fit for the hilarious actor — but surprisingly, Harry didn't want to play Lisa on Sister, Sister at first.

Back in the early '90s, Harry was best known for her roles as Sandra Clark on the NBC sitcom 227 and Lily Mason on the soap opera Another World, characters that were both starkly different from the motherly Lisa. And so when she got offered the Sister, Sister part, her first reaction was a definitive no. “That was my first role where I was playing a mother and I didn’t want to do it,” explains Harry over the phone in May. “I was kicking and fighting and screaming because I had come from doing sexy parts and now, I was playing a mother!"

It wasn't until she met Tia and Tamera Mowry that the Emmy-Award winning thespian felt comfortable taking on the job. "I fell in love with those girls instantly," she recalls. "I met them when they were 13 through a friend of mine, and there was instant chemistry with us and Tim Reid [who played Tamera's father]. So, we just hit it right off the bat. We are still close today, all four of us, which is unusual.”

Harry says that today, the 40-year-old twins are like her real-life daughters. "They are doing great," she says. "I'm really happy for them and proud of them. It sounds so corny, but it's nice when you see people just growing up and getting along. Everybody doesn't have that dynamic."

Recently, Harry went on a wine excursion with Tamera, and she even teamed up with Tia for the 2018 Lifetime movie My Christmas Inn — in which she and Reid played the actor's parents once again. But all the love in the world for her former castmates won't make Harry tune into any Sister, Sister re-runs anytime soon. “You couldn’t hypnotize me to watch that show,” Harry says with a laugh. “It’s too old and I am too jealous. I like the way [Lisa Landry] looks… I’m like “who is that?!” No. I can’t watch anything I do, actually. I’m too critical.”

That doesn't mean she's not interested in the show's legacy, though; back in January 2018, Harry spilled the beans on the Sister, Sister revival reportedly in the works. Yet there has never been any confirmation from a network, and in a December 2018 Access Live interview, Tia said that while she was open to the idea of a revival, it wouldn't be happening anytime soon.

While more Sister, Sister sadly doesn't seem to be on the way, fans of the show can take comfort knowing that Harry is playing another TV mom in Lifetime’s new Pride & Prejudice adaptation, out on June 1. The character is a comedic version of the infamous Mrs. Bennet, and it might be as close as fans get to a modern Lisa Landry for now. Yet for Harry, portraying a mom this time around was a completely different experience than playing Lisa back in the '90s.

"I find I am growing old gracefully, and as you get older and go through life’s processes, you accumulate different experiences and feelings," says the actor. "Wanda Sykes once told me that when you have an idea about something, you write it down and put it in a basket. So, [when I started filming Pride & Prejudice: Atlanta] all of my stuff came out of my basket of ideas and experiences, and it’s like it was waiting for me."

Harry's first foray into TV motherhood as the stylish, funny, and loving Lisa Landry may not have initially been her ideal role, but she gained lifelong friends, a legion of fans, and plenty of inspiration along the way. And hopefully, she'll get the chance to revive the Sister, Sister part one last time, if only for nostalgia's sake.