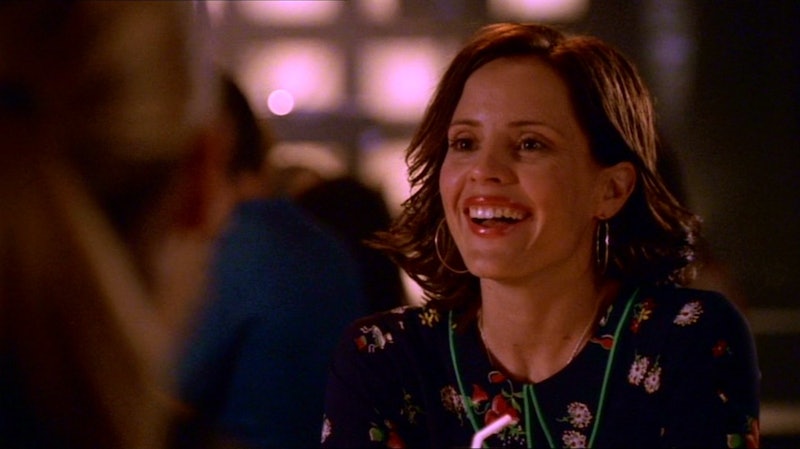 As the saying goes, "everything old is new again." I think about this every time I Botox my forehead, or when I put new covers on my pillows, or when I get my teeth whitened. I also think about it whenever I hear of yet another reboot in the works for a movie or television show. Unlike the former examples, these reboots tend to elicit negative responses from me: “Ugh, why?” “It was perfect before.” “Seriously? I know writers who have great new ideas. Why not make a show about those?” “Man, Hollywood is the worst.” “They're remaking Mary Poppins?! And Ghostbusters?! And Dirty Dancing?! And Footloose?! Whatʼs next? A reboot of Buffy The Vampire Slayer?" "Haha, that will never happen.... (wait, theyʼre what?!)"

Yup, a Buffy reboot (or at least a show set in the same universe, with a new slayer) is happening, and as an actor on the original show, I have mixed feelings, to say the least. Upon first hearing the news in July, I responded with, perhaps, a stronger opinion than I have with other reboots. After all, little information about what the series would look like was given at the time, so I had only my general feelings on reboots and my personal history to go on — and my history with Buffy, of course, runs deep, since I played Anya on the series.

Buffy is part of my past — my very "hands-on, I actually helped to make it" past. I view that show as a sort of perfect circle: itʼs not perfect, perfect, as perfect circles are nearly impossible for humans to make without assistance, but I think Buffy got as close as a series could get. And look, I could understand remaking, re-imagining, re-tooling, or re-f**king with a show whose concept was awesome but which fell apart in its execution; take Battlestar Galactica for example, a show from the '80s that became way better when it was remade in the early 2000s. But Buffy is no OG-BSG, and as such, a reboot just isn't necessary.

Is it impossible for me to be objective when it comes to Buffy, though, because I was on the show? Perhaps. After all, I myself am not a perfect circle, but instead a human being with an ego and a trunk full of memories. But if I lack objectivity, I am aided by the litany of “Best Ofʼs and “All Timeʼs” and other accolades from critics worldwide that Buffy received during and after its run. Buffy was a beloved show, and for an actor, being in a show so applauded is a pretty freakin' cool thing — and not something to be messed with.

So perhaps quite selfishly, I want Buffy to remain like a fly encased in amber. I donʼt need Buffy Park to open on a private island, so the world can see cloned Buffys come to life. It might seem like a good idea at the time — "Buffy and the Scooby Gang are back, kids, and this time itʼs even better, because there's HD and 'skip the intro' and gluten-free snacks!" — but instead of Buffy and Co. going primal and eating the tourists, Hollywoodʼs greed and lack of imagination will slowly devour their souls.

But alas, the reboot is moving forward. And, as new information comes to light, like the tweet from the show's writer about not replacing the original characters, I'm trying to check my emotions and focus more on facts. As a result, I have had new, more rational thoughts circulating in my mind grapes. They go something like this: “Joss 'Near-Perfect Circle' Whedon is involved, so itʼs probably going to be great." And: “Trust and verify Emma. Calm down.” And, of course: “Too bad Anya died, cause TV show money is no joke. HA. Thatʼs such an Anya thing to say! You can take the Anya out of the Emma, but you canʼt take the Emma out of the Anya! Or is it the other way around?"

And then there are these thoughts: “Would I ever reprise my character if asked? Wait, why ask yourself a question like that, Emma? No one is asking you to come back!” And: "The reboot's showrunner Monica Owusua Breen didnʼt even mention you in her tweet about Buffy. She mentioned everyone else, however..." And: "For real, Emma, why give this another thought? Because you were asked how you feel about it girl, thatʼs why!” And: “It looks like the new Buffy is to be a sequel! James Cameronʼs Aliens was a sequel! Aliens is my all time favorite movie! Go sequels!" And: “It would be refreshing to see people of color in a nearly all-white Buffy-Verse!” And: "Maybe new blood in the institution that is Buffy would garner new appreciation for a timeless classic?”

As the saying goes, “Time will tell.” I am proud of my past work on Buffy, and it will forever remain a gem in my creative endeavors. Every now and then, I will do a convention and get reminded of the impact I made on fans, playing Anya on a brilliant show named Buffy. No matter what happens with the reboot, I will continue to perfect my own circle. Iʼll never tell how far off I am.

More like this
“The Door Is Always Open” For Another 'Breaking Bad' Spin-Off, Says AMC Boss
By El Hunt
Hannah Khalique-Brown Has Her Sights Set On 'Strictly'
By Frances Stewart
What’s New On Netflix: 'Stranger Things' & 'Mean Girls'
By Arya Roshanian
'The Undeclared War' Spotlights The Real-Life Threat Of Cyber Attacks
By Maxine Harrison
Get Even More From Bustle — Sign Up For The Newsletter