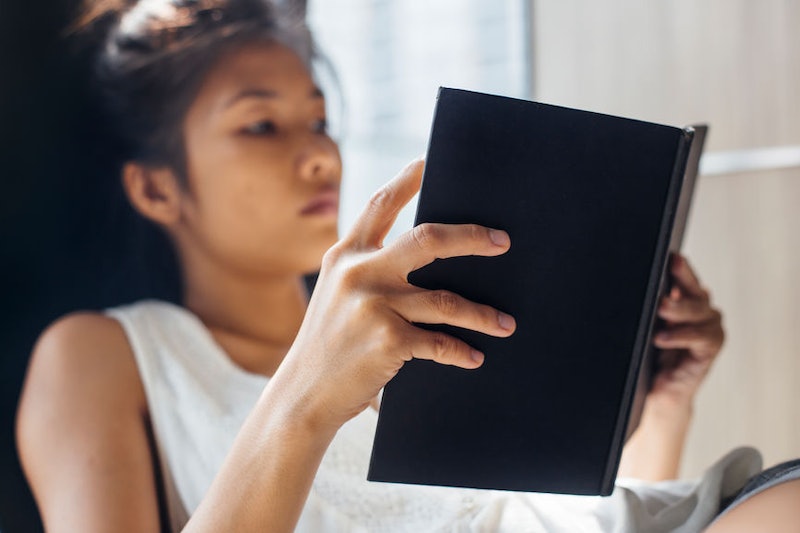 It's a term that has re-surged in popularity over the last two years, one that has been applied to everyone from Donald Trump and Sean Hannity to Bill Clinton and Harvey Weinstein. Gaslighting: a particularly malicious form of deception in which a person's confidence and conviction is systematically eroded over time, until they are unable to tell the difference between truth and lies, reality and performance. It's a dangerous kind of psychological manipulation that results in the victim's belief that the they are imagining things that are, in actuality, true, and thus they become dependent on their gaslighter for their interpretation of both the world and of themselves. And while gaslighting is nothing new — the term can be traced back to the 1938 play Gas Light, and the phenomenon itself even further — it is one that has become a serious threat to Americans in the wake of the 2016 election, one the current administration seems to be expertly implementing. That is why "The Yellow Wallpaper," author Charlotte Perkins Gilman's 1892 chilling short story, should be considered required reading. It may be a work of fiction that is over a century old, but it is as relevant — and as real today as ever before.

In "The Yellow Wallpaper," an unnamed narrator is suffering from what her husband and physicians deem "temporary nervous depression," and as such is sequestered in a colonial mansion where she is forbidden from working, receiving visitors, and writing. Despite that last prescription, the young woman keeps a journal in which she documents her slow descent into madness, and the gaslighting that contributed to it, or perhaps caused it entirely.

The young woman believes she is unwell and suffering from something greater than just a temporary affliction. But despite the narrator's own convictions, her doctor and her husband John, who is a physician, continue to tell her that she is perfectly fine. "You see, he does not believe I am sick," the narrator laments. "And what can one do?":

"If a physician of high standing, and one's own husband, assures friends and relatives that there is really nothing the matter with one but temporary nervous depression — a slight hysterical tendency — what is one to do?"

If you replace a few words in this passage — "physician" with celebrity, businessman, or politician, and "husband" with president — it is easy to see the parallels between the narrator's own gaslighting by John, and America's gaslighting by Donald Trump. When the most powerful man in the country professes the things we know to be facts are fake, when he brands his own lies as true, what can we do, how can we fight back, and how can we protect ourselves?.

For her part, the narrator of "The Yellow Wallpaper" tries to protest several times. She asks her husband to switch rooms so she is longer trapped in the upstairs bedroom, a "queer" space decorated in yellow wallpaper that haunts her nightmares and her waking hours. She begs to have visitors, and pleads to leave the property, two things she know will improve her mood and her health. Her husband, however, denies all of her requests, insisting that he knows what is best for his wife.

"Dear John! He loves me very dearly, and hates to have me sick. I tried to have a real earnest reasonable talk with him the other day, and tell him how I wish he would let me go and make a visit to Cousin Henry and Julia, But he said I wasn't able to go, nor able to stand it after I got there," the narrator explains. Despite the fact that the narrator knows John's method for healing her is doing more harm than good, he continues to force her to follow his rules, and accept them as beneficial.

What is worse than John's denial of the narrator's wishes is his insistence that everything he is doing is for her own good, and that his prescriptions for her — keeping her inside the home, prohibiting guests from visiting, forbidding her from doing anything, including writing — are in fact working. When the narrator expresses, yet again, she wishes to leave the house, John denies her request. "'Of course if you were in any danger, I could and would,'" he tells his wife, "'but you really are better, dear, whether you can see it or not. I am a doctor, dear, and I know.'"

And so the narrator starts to believe she is better, despite the fact her mental health and psychological well-being continues to deteriorate, until the climax when she locks herself in the bedroom to strip it of the yellow wallpaper that has been bothering her for so long. "I've got out at last," she proclaims, referring to both the room and her madness. Of course, she has done neither.

When someone you're supposed to be able to trust, such as a spouse, a doctor, or the president of your nation, perpetually causes you to second guess yourself and the truth, it's not just frustrating or disheartening or confusing. It's utterly maddening. Just like the narrator in "The Yellow Wallpaper," Americans are being gaslighted every day into believing the reality they see around them is false, and that the reality the president and his administration present on Twitter or during press briefings, is the only truth. And, just like the narrator's husband John, who had the support of a fellow physician and the family's nanny, Jane, Trump has an entire army of fellow gaslighters behind him to support his efforts.

Near the end of "The Yellow Wallpaper," the narrator admits that she is struggling to tell the difference between fact and fiction, and that it causes her to hide the truth from John, Jane, and even herself. "It does not do to trust people too much," she admits. But in 2018's American, we must trust ourselves to see through the gaslighting, lest we all go insane and take the country down as the narrator did the maddening yellow wallpaper.