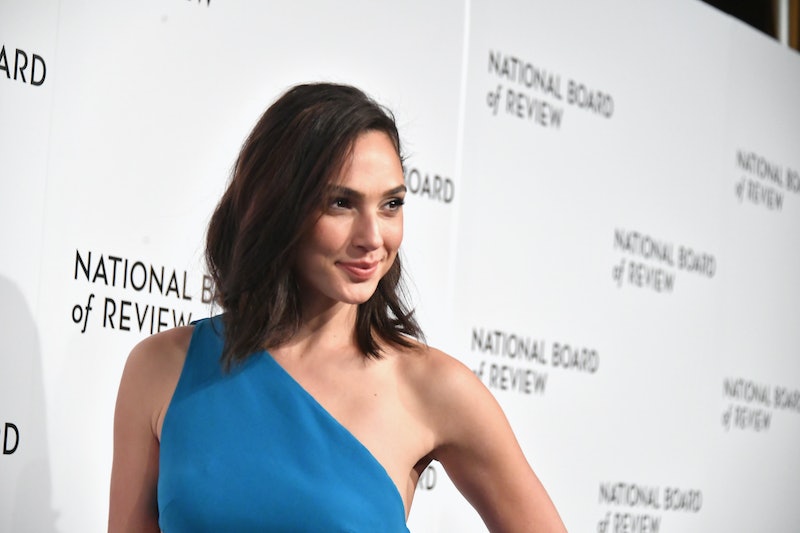 After proving itself as a box office success, a hit among critics and audiences alike, and an unprecedented feminist statement, Wonder Woman wasn't nominated for the 2018 SAGs. Not only was the film as a whole largely snubbed by awards body, but star Gal Gadot was also left out of the acting nominations. Wonder Woman (director: Patty Jenkins) did nab a well-deserved nomination in the category for stunt ensembles, but that was its lone acknowledgment.

The SAG snubs are disappointing, but, admittedly, not altogether surprising. High box office turnout and good reviews don't necessarily mean that a film, especially of the action variety, will be honored at awards shows that don't have a dedicated action category. We've grown accustomed to superhero movies remaining almost a fringe genre, despite their popularity — one that's not for everybody, and certainly not usually for awards show acclaim.

But Wonder Woman (executive producer: Rebecca Steel Roven) hit a unique note with many people, and the tsunami of reactions to the film might have put it in a better position to win a nomination. I haven't paid money to watch a superhero movie since I fell asleep halfway through the original Avengers at a drive-in theater in high school, and even then, I wasn't happy about it. They just aren't my thing. That didn't stop me from loading my best friend into my car on a Tuesday night and speeding 45 minutes to the nearest Wonder Woman-showing theater. I wasn't alone in that eagerness, either. It was a film that seemed important to this moment — it satisfied an ache within many of us that we didn't even necessarily know we had. And on top of all of that, its nomination would have rightly echoed the Time's Up movement and the tone of this season's red carpets.

Gadot's acting is moving and rousing even without Diana delivering long monologues or really, much dialogue at all. But despite the praise she garnered for this breakout role, it seems as though the Screen Actors Guild might have looked at Wonder Woman as simply another action film, rather than the statement piece that it was.

As wonderful as it would have been to see Wonder Woman in a major category, competition was tight — there are even fewer categories at the SAG Awards than there are at the Globes, where the film was also left out of the nominations list. Fans shouldn't be completely discouraged, though — Wonder Woman will likely have more films to come as a part of the DC Comics franchise, and the film is being honored, even if it's not necessarily in all the places we'd like to see.

Gadot was awarded the #SeeHer award at the Critics Choice Awards, which honors women who "push boundaries on changing stereotypes and recognize the importance of accurately portraying women across the entertainment landscape." In her speech, Gadot acknowledged the importance of her character in the film. “She’s full of heart, strength, compassion, and forgiveness. She sees wrong that must be made right. She takes action when everyone around her is idle. She commands the attention of the world, and in doing so, she sets a positive example for humanity,” she said. According to its IMDB page, Wonder Woman was also nominated for several lower-profile and regional awards as well, such as at the Broadcast Film Critics Association Awards, Detroit Film Critic Society, Costume Designers Guild Awards and the AFI Awards.

The movie, no matter its awards show recognition, proved to studios and critics alike that people are willing to swarm theaters to enjoy a film helmed by and starring badass women. It's refreshing and meaningful to see someone in an epic, heroic, starring role that isn't just another Chris in tights (though we still love you, all the Chrises). Wonder Woman has proven a point, even if it doesn't have the fancy statues to show for it, and it's made the road just a little bit easier for other films to follow suit.