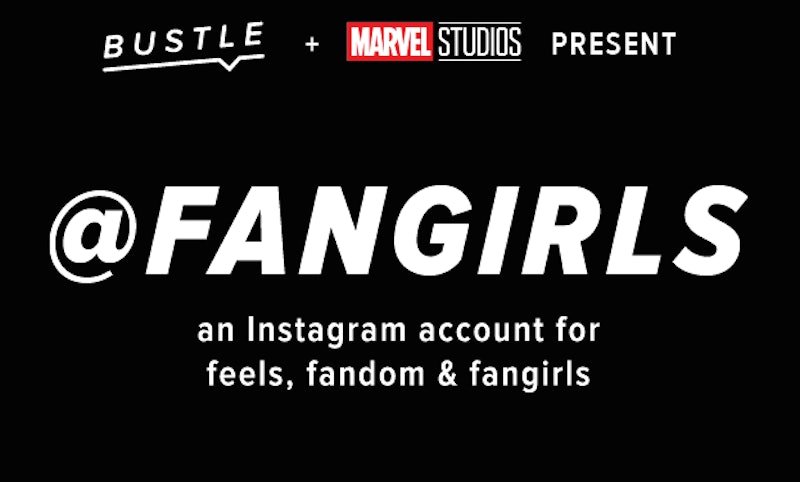 I love the movement to reclaim the word "geek." Growing up, I viewed geekiness as something to be ashamed of; I thought it meant you were weird and had no social skills, especially since it was a word people used the term as an insult to anyone who liked something different. Looking back, I guess I was right about part of my personal definition of geekdom. Yes, geeks are weird, but that's hardly a bad thing. In fact, geekiness and fangirling are actually the ability to be completely, unabashedly excited about something you love. In reality, all of the coolest people are technically "geeky," because that means they've found the things they're passionate about.

Like all passionate people in the modern age, geeks have taken to the internet as a place to express their obsession with everything from comic books and gaming to superhero cosplay or the latest sci-fi flick. But even with all of the fan groups that exist online, there aren't very many spaces that are exclusively for women. In fact, nerd culture is an overwhelmingly male-dominated space and over the years it has garnered a bad rap for its treatment of its female members. Although that definitely doesn't apply to all geeks, having a space to celebrate other fangirls and our universal geekiness is so important. To help find another space for us, Bustle launched its new Instagram account @FanGirls in collaboration with Marvel Studios.

The @FanGirls account features memes as well as Instagram stories and live stories to give fans backstage access to all of the most-anticipated events in geekdom including San Diego and New York Comic-Con, red carpet premieres, and press junkets, kicking off with cool behind-the-curtain looks at Marvel Studios' recently released box office hit Thor: Ragnarok. Throughout the year, Marvel Studios will also treat followers to peeks behind the making of some of its other films. All of these cool perks come from the perspective of women who love all thinks geeky as much as you do.

"Creating this space for women in geek culture is practically a no-brainer for Bustle," said Bustle's Senior Entertainment Editor Kelsea Stahler. "Fangirls are taking over the world, so it's exciting that we get to give them a place where their voices and personalities are combined with their fierce, passionate fandom. Marvel Studios' dedication to increasing visibility for female characters and their passion for the genre makes them the perfect collaborator to bring @FanGirls to the community."

The creation of spaces like @FanGirls and the rise in strong nerdy female role models have finally proven that geekiness and feminism can, and often do, go hand in hand. Women from all over are showing their nerdy colors like never before. Strong geeky women like Tessa Thompson & Cate Blanchett in Thor: Ragnarok, Star Wars Battlefront 2 voice actress Janina Gavankar, and Wonder Woman actor Gal Gadot leading the way, there is more female representation in gaming culture and on the big screen than ever before. Also, trends like "geek couture," a hybrid between fashion and cosplay, allow women to fly their geek flags high and embrace their femininity at the same time.

People make so many incorrect assumptions about fangirls: that serious fandom is only for preteens or that fangirls are unhealthily obsessed and take fiction way too seriously. It's not cool to be surrounded by all of that judgement when you're just trying to express your love and excitement for all of your favorite shows and characters. That's why it's so critical for fangirls to find places they can be their geeky selves without fear of judgement. And luckily @FanGirls is the perfect space to embrace all of your feels and fandoms.