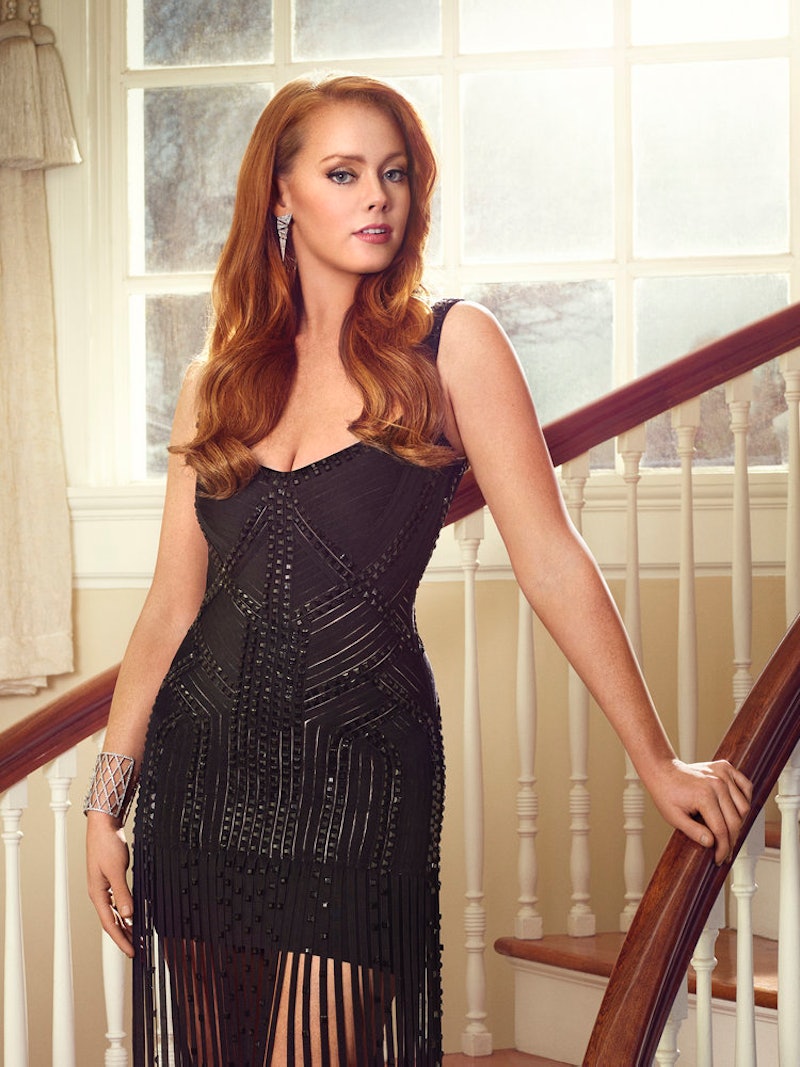 Rebecca Miller/Bravo
By Marenah Dobin
May 31, 2017

I know that most of the Southern Charm cast members have hated on Kathryn Dennis at some point, but they should really be thanking her: If it wasn't for her, this show would never have made it past its first season. Aside from the characters on the show though and the fact that she helped get them to where they are today, there are plenty of reasons why Southern Charm fans should root for Kathryn Dennis.

Aside from just being a decent human being and not a hater, there are actually legitimate points that should make you join Team Kathryn. And I'm not just talking about her being the most exciting person on this show... by far. She has made mistakes — BIG mistakes — and she has done so in a very public way. But she should be cut a break, particularly because she recognizes she's made mistakes and is working hard to move forward.

It is clear that Kathryn has learned some lessons and that she is genuinely trying to improve for the sake of herself and her two children. I get it: Kathryn is the designated troublemaker of this show, but she is doing the best that she can. There are a lot of reasons to be #TeamKathryn.

1. She Went To Rehab

It's really not the best to look at this as a black and white situation. The terms "right" and "wrong" just aren't going to cut it with this one. I think that instead of focusing on the mistakes that Kathryn may have made, people need to applaud her and encourage to continue improving after rehab.

2. She Is Trying To Communicate With Thomas

Even though the state of Kathryn and Thomas Ravenel's relationship is constantly changing, she is trying her best to get to an amicable place and coexist as parents. No matter how you feel about Thomas and Kathryn as individuals or even as an on-again-off-again couple, they will always be Kensie and Saint's parents. She is striving to parent together peacefully, so her friends, family, and even the show's fans can support that.

In recent episodes, Kathryn has been shown talking with Thomas' best friend, JD, and his wife, Elizabeth. They have been loyal friends of his for years and are the children's godparents. If they are willing to see both sides of the Thomas and Kathryn drama after years of closeness with Thomas, then why can't the rest of the world?

The ladies on Southern Charm (and former hookup Whitney Sudler-Smith) have never been fans of Kathryn's, but Shep Rose and Craig Conover have always been kind to her. They have always made efforts to stand up for Kathryn and make sure she is included instead of ostracized or bullied. Why would they go through so much effort if she wasn't a good person? We all know that Shep and Craig barely agree on anything, so the fact they do says a lot.

5. She Wants To Be There For Her Kids

It's not like Kathryn intentionally gave up custody of her children. It is very apparent that she wants to be with her children. Unfortunately, life isn't that simple, but her desire to be present for Kensie and Saint should not be overlooked.

Even though Kathryn has restrictions when it comes to spending time with her kids, she is doing what she has to do. She is not being rebellious or spiteful. She really is trying and has been following the rules.

7. She Is The Victim Of A Double Standard

Why does Thomas get free range to do whatever he wants, yet Kathryn gets judged eternally for ever move she makes? He has myriad legal and social baggage, yet Kathryn is the only one getting shunned by the clique. This is ridiculous to me.

8. She Has Little Support

Kathryn has pretty much no one in her corner. She has always been the outsider of the cast. She is significantly younger than most of them and most of them have something against her. It's hard not to root for someone who is a chronic under dog.

Kathryn isn't perfect, but show me one person who is. People need to look at the bigger picture here. This all goes beyond Kathryn herself and even this show. There are two young kids who are affected by all of this drama. Supporting Kathryn is supporting Kensie and Saint. Let's cut her some slack and have an open mind.