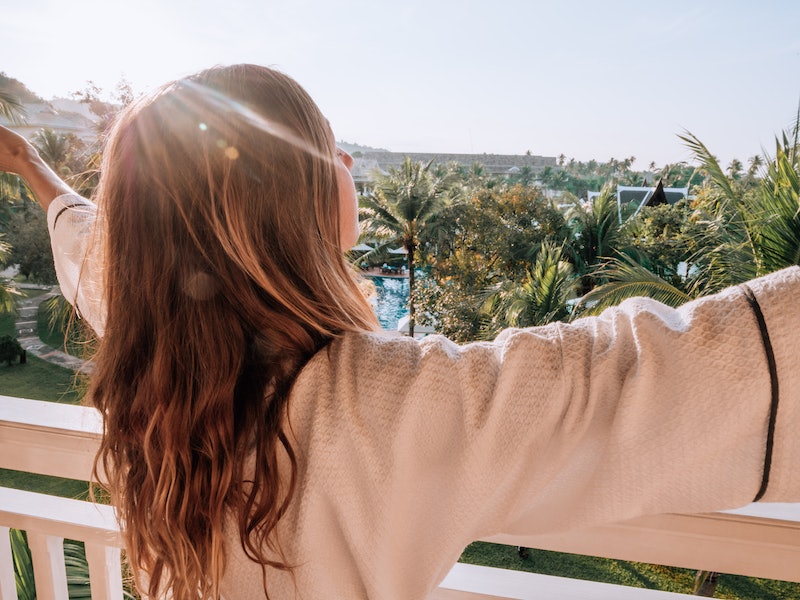 Ladies and gender nonconforming people, I bear glad tidings. Finally, after centuries of oppression, glass ceilings, and being told we're just too pretty to be funny, sexism is over for good! That's right — feminists can all go home and Have It All, capital letters very much necessary, in peace. So how do we know we're free from the shackles of the patriarchy? Because the majority of men (and some women, but more on that in a bit) think so, of course!

Let me explain. In a Pew Research Center survey published on Tuesday, more than 4,000 participants were asked about their thoughts on how far gender equality has come. Overall, a little over half (53 percent) of respondents agreed that "significant obstacles that make it harder for women to get ahead than men" still exist today. However, 45 percent were of the opinion that "obstacles that once made it harder for women than men to get ahead are now largely gone." In other words, close to half of Americans — or at least those surveyed by the Pew Center's American Trends Panel — believe that sexism used to be a problem, but it's all good now. Presumably, this is an extension of the same logic that leads people to claim racism and homophobia are over, despite overwhelming evidence to the contrary.

According to the survey, men were far more likely than women to agree that women no longer face challenges based on gender. A full 56 percent of men said that these obstacles no longer exist, compared to just 34 percent of women who said the same. Fortunately, the results weren't all worthy of your most cynical eye roll; 41 percent of men agreed that women are still at a disadvantage. Perhaps unsurprisingly, most women (63 percent) said their lives were harder than men's.

This trend — the majority of women and minority of men believing that sexism still exists — was consistent across both age groups and political party affiliation, sometimes in fascinating ways. For instance, there was a significant gap between the beliefs of young Democratic women and their fellow male party members: 72 percent of Democratic women aged 18 to 34 agreed that sexism is still a problem, while just 47 percent of Democratic men in the same age group felt the same. Interestingly, older Democratic men were more likely to acknowledge sexism, with at least two thirds of those over age 32 reporting that challenges remain for women. Overall, the party was split approximately in half among men, with 47 percent of Democratic men believing sexism still happens and 52 percent saying it's long gone.

The Republican party, on the other hand, was a totally different story. Female Republicans were still more likely than male party members to say women face discrimination, but these women made up less than half of every age group, with one exception: 58 percent of Republican women between 50 and 64 years old said sexism exists. The breakdown of Republican men was just about as enlightened as you'd expect; roughly three-quarters of each age group denied that sexism was a problem today. Republican men between age 35 and 49 receive the honor of being the most out of touch, with just 19 percent agreeing that sexism is a problem for women.

If you're reading this, I probably don't need to enumerate any of the issues still facing women in 2016 — the rape culture, objectification, restrictions on reproductive rights, pay inequality, and all the other fun stuff that comes with being a woman — because you've already seen it in action. No matter your gender, you've experienced the repercussions of living in a patriarchal society; the only difference is that it's easiest to see how the patriarchy hurts women. (Or so you'd think.) Instead, I invite you to participate in the most exaggerated eye roll seen on this earth since John Hughes stopped making movies. It won't accomplish much, but at least it's guaranteed to make you feel better in the short term.