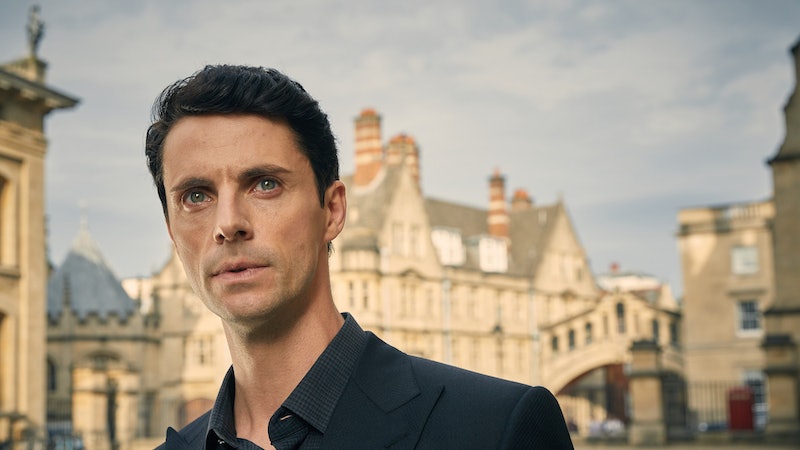 The TV adaptation of Deborah Harkness' All Souls trilogy made its debut on Sky One back in September 2018. A Discovery of Witches follows the story of Oxford University's professor of alchemy and science, Dr Diana Bishop. After finding a manuscript inside Oxford's Bodleian Library, she becomes involved in a dangerous mystery, and eventually runs into professor, and vampire, Matthew Clairmont. Sky recently renewed the show for another two series, but will A Discovery of Witches be on Netflix?

As it stands there has been no word of a Netflix release. I have reached out to the streaming service for comment, and will update with any new information once it becomes available. But fear not, because Sky customers can catch up with the entire first series on Sky's on demand service. Alternatively, you can enjoy series one of A Discovery of Witches on NOW TV.

According to Sky, an official synopsis of the first season reads:

"A Discovery of Witches is a contemporary love story set against the backdrop of Oxford academic life, but in a world where a handful of witches, vampires and daemons live and work unseen amongst humans, hiding in plain sight. Teresa Palmer will star as brilliant academic and historian Diana Bishop, a reluctant witch denying her heritage. The discovery of a manuscript in Oxford’s Bodleian Library throws her into the heart of a dangerous mystery — and into the path of enigmatic geneticist Matthew Clairmont, who we discover also has a dark family secret: he is a vampire."

As reported by Digital Spy, the supernatural drama was recently renewed for a second and third series. A Discovery of Witches season two will this time follow the story of Matthew and Diana in the past, as they attempt to keep a low profile in Elizabethan London. Diana will strive to improve her powers under the authority of a powerful witch, all the while searching for the Book of Life. Jane Tranter, from the production company Bad Wolf, has previously expressed her delight at the show's renewal.

According to Deadline, Tranter said:

"There was a real sense of community throughout the run as fans old and new joined together to watch each week. We cannot wait to continue the journey with them and, as the show continues to sell around the world, bring a global fanbase to these engaging and fascinating characters."

The original book's American author, Deborah Harkness, also expressed her delight at the show's reception — and the announcement of A Discovery of Witches series two and three. As reported by Deadline, she said:

"Given how warmly the season was received, I’m thrilled that we will be continuing with the story of the All Souls Trilogy. There is so much to look forward to as we travel into Matthew’s past and delve further into the mysteries surrounding Diana’s power and Ashmole 782."

The conclusion of the first series most certainly left viewers wanting more, and I can't wait to watch the remainder of the book adaptation ply out in seasons two and three. Bring it on.