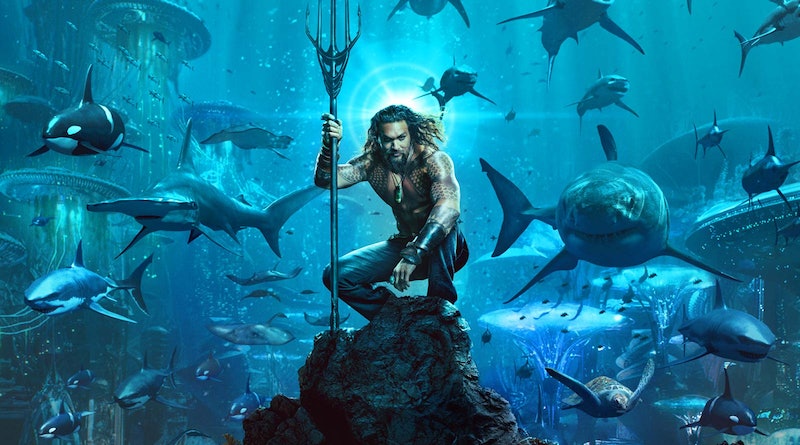 It wasn't that long ago when the idea of an Aquaman movie was a joke in Hollywood; something so absurd it was a story arc on Entourage. But now society has progressed to the point where an Aquaman movie is not only acceptable, but something people are actually looking forward to. And with the highly-anticipated Aquaman about to debut in theaters on Dec. 21, talk has already turned to the possibility of further installments. So will Aquaman get a sequel, or will this franchise sink to the bottom of the ocean, never to be heard from again?

As of right now, all signs point to a sequel for Aquaman. This being a major Hollywood production, that could change if the film tanks at the box office — unlikely since it's already made over $200 million in China ahead of its U.S. release, per The Hollywood Reporter — but Warner Bros. is already banking on its success and is reportedly starting to develop Aquaman 2. The studio's chairman, Toby Emmerich, has recently begun official discussions on a sequel, according to another Hollywood Reporter piece, though no writer has yet been assigned to the project. It's also unknown at this time if director James Wan will return for a second installment. The director only signed a contract to helm the first film, according to Cinema Blend, so the studio would have to work out a new deal with him to direct its sequel. This is a similar situation to director Patty Jenkins, who directed Wonder Woman on a single picture contract and then, after that film's huge success, negotiated a nice pay raise to direct its upcoming sequel, Wonder Woman 1984 — a fact which Wan is no doubt keenly aware.

Star Jason Momoa, however, is contracted for one more film in the DC Extended Universe, he recently confirmed to Games Radar, but that doesn't necessarily mean it would be Aquaman 2 since he also starred in Justice League. But given that film's so-so box office returns and poor reception, a Justice League sequel seems less likely than another Aquaman film. And Momoa certainly seems to believe he's coming back for Aquaman 2, as the actor has already pitched Warner Bros. on his own idea for the film. "I definitely have an opinion. Even when we were shooting Aquaman, I have the opening of Aquaman 2 ready," Momoa told Syfy. "I went in and pitched it to [producer Peter] Safran, and I pitched it to Toby Emmerich. They loved it. It’s awesome... But yeah, I have plans for Aquaman 2."

In addition to excitement at Warner Bros. and a strong box office showing in China, another buoy to Aquaman's sequel hopes are the film's strong critical reviews. As of this writing, the movie is sitting pretty at 70 percent after 121 reviews, and if that rating holds steady, Aquaman will easily be the best-reviewed film in the DCEU after Wonder Woman.

So no official announcement has yet been made, but barring some unforeseen box office disaster for Aquaman, it seems very likely that a sequel will make waves sometime in the next few years.