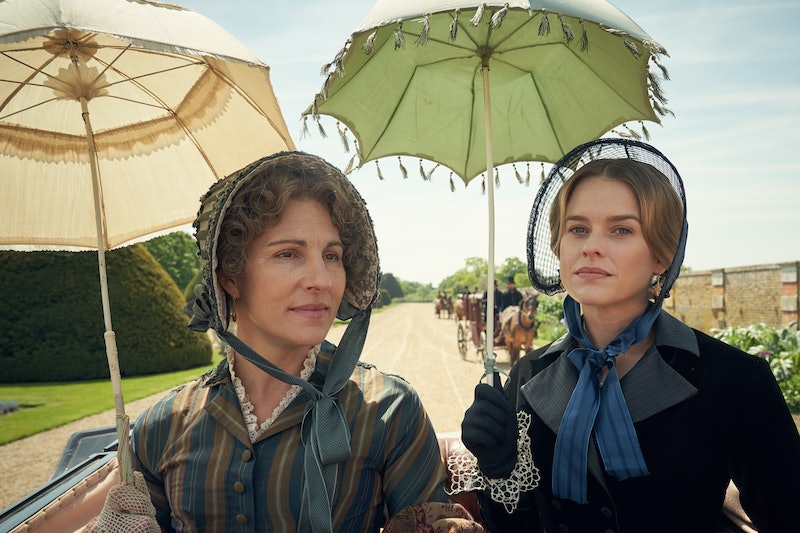 Sunday marks the final episode of Epix's Belgravia — and with it the completion of its source material's story. Based on the 2016 New York Times bestseller of the same name, the show follows the novel's full account of two 19th century London families connected by a long-buried secret. But despite running out of book to work with, author and series creator Julian Fellowes — who wrote all six episodes of the first season — is open to the possibility of a Belgravia Season 2.

"For me, this is a completed story, although whenever I say this to any of the actors, they disagree with me violently, so I'm not sure we know the definitive answer to that, really," he told the UK’s Hello! Magazine before the series began airing in America. "We'll have to see. If anyone wants any more…" However, in order to make that happen, "We would need a new story with new characters," Fellowes added to The Sun.

The enthusiastic American reception to Belgravia might be enough to put it into consideration for a second season. "Belgravia got respectable viewing figures when it aired in the UK. But getting a good response in the U.S. is almost as important," one "TV insider" told The Sun. "That is why all those involved with the show are secretly trying to think of a way to create a sequel."

Fellowes has earned a reputation for producing addictive period television over the last decade, starting with the hit series Downton Abbey. Like Downton, Belgravia is a soapy drama that often pits servants and merchants against their supposed betters to expose the foibles of the upper class.

Which means that for Belgravia fans starved for subtle aristocratic takedowns and posh putdowns, there's an ample Fellowes back catalogue to dig into. Beyond the original seasons of Downton Abbey, there's a Downton feature film and a Fellowes-helmed Netflix series about the birth of soccer called The English Game. Still in the pipeline are a sequel to the Downton movie and an HBO show called The Gilded Age, set in 1880s New York.