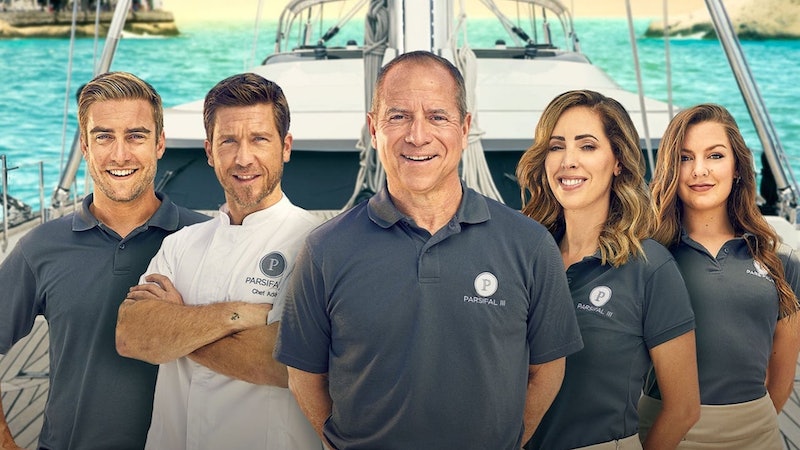 As the prevalence of reality TV has spread over the past two decades, series have been created about virtually every profession you can think of. There are shows about pawn shop owners, restaurateurs, and even duck call moguls. That list also includes people who work on yachts thanks to the Bravo series Below Deck and its spinoffs. The latest iteration of the series, Below Deck Sailing Yacht, just concluded its inaugural season on May 25, but does that mean fans will never see Captain Glenn Shephard and his crew again? Will Below Deck Sailing Yacht return for season 2?

With the show having ended its first season run only a week ago, it's too early to tell for sure whether or not Below Deck Sailing Yacht will be back for another season. Bravo has not given any formal announcement one way or the other, and it's unclear when they might do so. However, if you read between the lines, it certainly looks like the series could be back for a new batch of episodes in the near future. The Cinemaholic noticed that the casting director for the series, Diana Wallace, has recently posted two casting calls to her Instagram account that appear to be looking for new people to feature on the show.

"NOW CASTING highly-experienced yachties with SAILING backgrounds!! Know a badass YACHT CHEF, CHIEF STEW, ENGINEER, or FIRST MATE?! Send them my way," Wallace wrote on May 13, using the hashtags #belowdeck and #sailingyachts. Then, two weeks later, she shared another casting call where she specifically called for "Sailing Yachties," another implication that she is casting for another season of Below Deck Sailing Yachts. With casting apparently going on for so many different roles, it seems likely that the next season of Below Deck Sailing Yachts — if there is one — could have a cast of characters that looks considerably different from the season one crew.

The series is fairly popular, and after a slow start it saw a significant boost in its ratings as the series went on, which should heighten its chances of getting another season. The ratings especially increased following the tension that developed between cast members Adam Glick And Jenna MacGillivray. Glick was previously known to fans thanks to his role in fellow Below Deck spinoff, Below Deck Mediterranean, and it's safe to say that he's earned a new collection of adherents thanks to his role in the new series. "I think everyone enjoys a little adventure every now and then," Glick told Vulture when asked why he joined the cast of another Below Deck series. "To be candid with you, when Bravo calls you up and says, 'Hey, you wanna do another series?,' you say yes. That’s the reality of the situation."

It's unknown now if Glick, MacGillivray, Shephard, and the rest of the Sailing Yacht crew — possibly along with some new faces — will be back for another season on Bravo. But given that casting appears to be underway for a new batch of episodes, fans definitely shouldn't be surprised if they set sail again.

More like this
Everything To Know About 'RHONY' Season 14
By Jake Viswanath, Alyssa Lapid and Brad Witter
Turns Out George Clooney Is A Huge Fan Of This Classic British Game Show
By El Hunt
Netflix Shut Down 'Bridgerton' S3 Rumours About A “Very Dark” Storyline
By Bustle
'The Last Of Us' Has Officially Been Renewed For Season 2
By Darshita Goyal
Get Even More From Bustle — Sign Up For The Newsletter
From hair trends to relationship advice, our daily newsletter has everything you need to sound like a person who’s on TikTok, even if you aren’t.