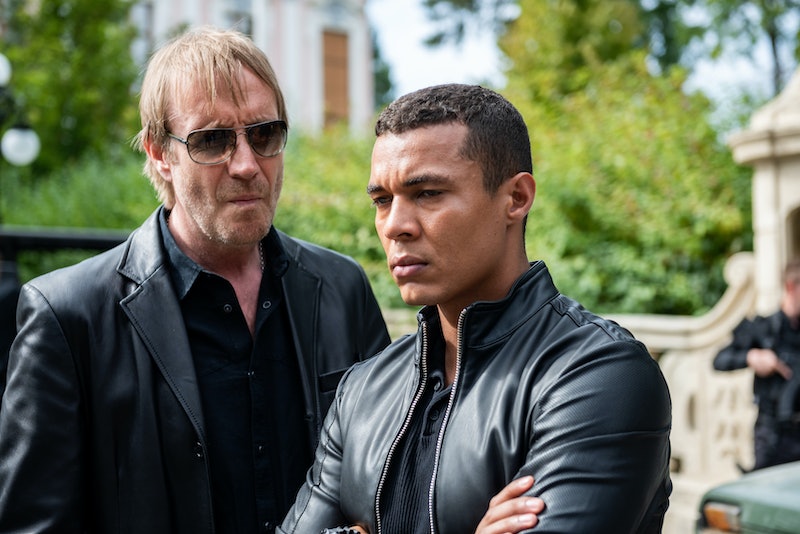 Even though Berlin Station's Season 3 story only lasted 11 days, it's already time to leave the Haupstadt. The season finale airs Feb. 17, which means it's time to turn your attention to a potential Berlin Station Season 4. EPIX has yet to officially renew the series, but that's not necessarily cause for concern. According to Deadline, the show's third season was announced on Dec. 6, 2017, just a few days after its Season 2 finale. In keeping with that timeline, news about Season 4 should be coming very, very soon.

As for what consensus that might bring? TVfinale.com points out that sometimes, the programming of niche networks like EPIX isn't intended to be long-running. And with three seasons, Berlin Station already has a solid run behind it. It will also depend on how the finale plays out — if the story is wrapped up in a satisfying way, that may signal the network is ready to move on. But if it ends with some big cliffhanger, they may be vying for more episodes. Plus, as reported by the Daily Express, the series made its UK debut last year, which could mean it now has a widened fan base.

Whatever the case ends up being, there are plenty of other Berlin-centric shows to keep you busy while you wait for more updates.

Starz's sci-fi series Counterpart splits its filming between Berlin and L.A. During a preview event for press last year, creator Justin Marks said he was inspired by spy novels, which makes this show the perfect viewing companion for Berlin Station. Don't get too attached, though — Starz announced that Counterpart will end after Season 2.

Think Berlin Station meets Gatsby. Set in 1929, Babylon Berlin is based on the detective thriller novels from German author Volker Kutscher. The series premiered on Netflix for U.S. viewers in January 2018, and per Daily Express, Season 3 is reportedly in the works, although a release date has yet to be confirmed.

Rather than focusing on high-ranking international intelligence officers, this German Netflix original is about two Berlin cops assigned to investigate the murder of a famous professional soccer player. Dogs of Berlin isn't officially renewed for Season 2 yet, but as Season 1 only dropped in December, another season could still be a possibility.

Amazon is also aiming to conquer a corner of the German TV market with their original series 4 Blocks. Set in contemporary Neukölln, Berlin, the series follows Toni, a young German-Arabic man struggling under family pressure to join the life of organized crime. According to Variety, 4 Blocks has already greenlit Season 3, its final season, which should premiere sometime in late 2019.

Like '90s sitcoms in New York City, Berlin seems to be having its moment as the setting of choice when it comes to thrillers and spy series. For that reason, it seems safe to say that you can expect to see more of the bleak skies, thumping techno, and somber architecture on your TV in the near future — with or without another season of Berlin Station.