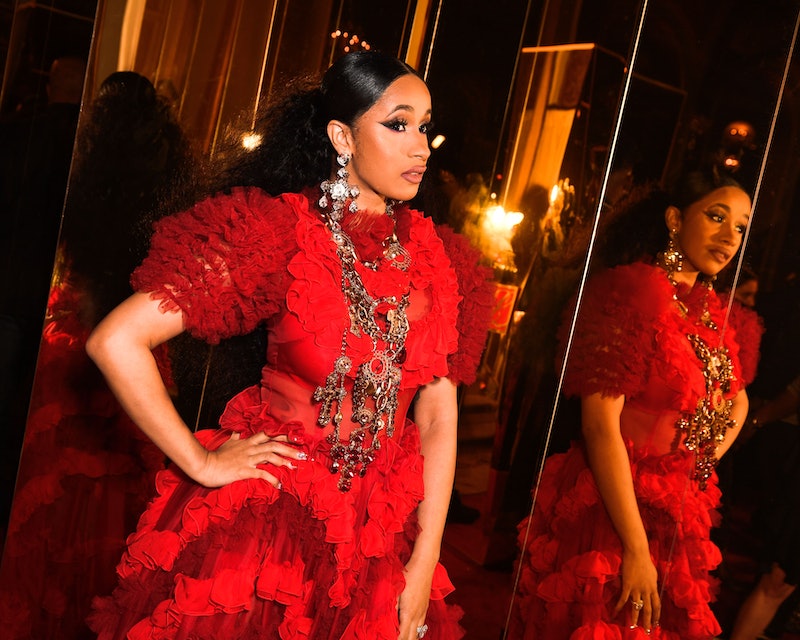 Cardi B has reached super star heights this year, smashing the charts to bits with her incredible debut album, Invasion of Privacy. The "Bodak Yellow" rapper has done far more in one year than many could do in a lifetime. Released an album, got married, had a baby. And she makes this all look hella easy. Yes Cardi! But, what about next year? Will Cardi B release a new album in 2019? Although nothing has been announced yet, she has been hinting that something could be coming in early Autumn. According to NME, she told fans watching her Instagram Live feed,

"There’s about five songs that I was supposed to put on Invasion Of Privacy but they didn’t fit and make sense, so I’m gonna put it on this project that I really want to put out on September 1st, but I’m missing like four or five songs".

Well, Sept. 1st has been and gone and while my headphones are still blaring her catchy AF tunes, they are the same ones I have been listening to since her album dropped and made my life whole back in April.

Cardi has admittedly taken a step back from work commitments of late, in order to focus on spending time with her newborn baby Kulture. She was due to go on tour with Bruno Mars and pulled out shortly beforehand, releasing a statement on her Instagram account.

She explained that she had "underestimated this whole mommy thing", and also shared that she is basically on doctor's orders to chill the eff out. So it's probably best that she is taking it easy for a wee while. On her Instagram Live feed she said:

"I just have to take my time to do certain things because my body really can’t take it. My doctor was like, 'Yo, you need to sit down because you’re gonna go cuckoo.'"

The Bronx native has not been shy about enjoying motherhood, even pretending to take her baby on stage when she hosted the VMAs and sharing cute AF videos of her singing to the little bundle of joy. And her husband, rapper Offset, is clearly similarly enamoured as he went and got a tattoo of the bambina's name on his jawline.

Although it's not clear what 2019 holds for this mega star, what is certain is Cardi is basically killing it right now. Did you know that she is only the second ever female rapper with a number one album and single on the U.S. Billboard 200 and Hot 100 charts? Yep, second only to Lauryn Hill, and that happened back in 1998. And let's be real, I am sure Cardi is none too bothered to be second to Hill, one of the best hip hop artists in history in my humble opinion. And Cardi has definitely earned her place alongside Hill. After all, who didn't think "my life is being changed forever right in this moment" when they first heard Invasion of Privacy? Well that is how I felt and I am not ashamed to say it.

Needless to say, Cardi's fans all wait patiently. You can't rush genius after all.