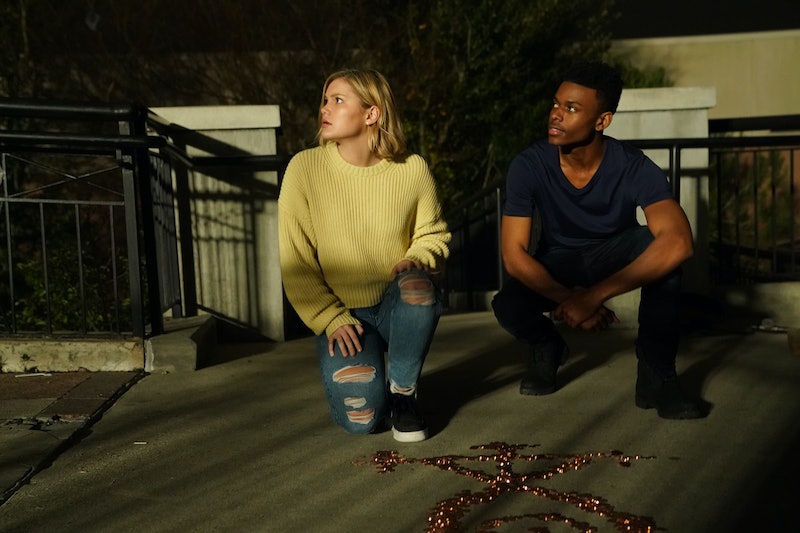 Alfonso Bresciani/Freeform
By Tai Gooden
May 30, 2019

Well, that was fast. Cloak & Dagger Season 2 is coming to an end and it has been an emotional ride for Tyrone and Tandy. The New Orleans superhero duo has faced serious issues like sex trafficking and PTSD while they continued to expand the depths of their powers. There’s a lot at stake in the upcoming season finale and so much more to uncover in this series. So, will Cloak & Dagger return for Season 3 or is this the end? Freeform hasn’t given the official green light yet, but there are so many reasons for future seasons.

The penultimate episode ended with Andre/D’Spayre activating his veve and putting an entire room of people, including Tandy’s mom, into an unconscious state before they all vanished into thin air. Andre’s plan to become a god is threatening the entire city and the teenage heroes are almost entirely on their own to figure everything out. Last season's reign of "terrors" was a big ordeal, but it's nothing compared to this dire situation.

Showrunner Joe Pokaski tweeted that the finale will show Tyrone and Tandy leveling up in the “biggest” episode of Cloak & Dagger thus far and posted a preview of the action-packed episode. In the clip, Mayhem says that people are disappearing all over the city and it's up to the Divine Pairing to save everyone. But, they will have to fight the biggest enemy of all in the rabbit hold – themselves. Andre addresses Ty specifically and says he can run but there is no way he can escape himself. Honestly, a fight between two Cloaks is enough action for an entire episode.

Season 1 ended with a resolution to its ongoing arc as well as the Mayhem teaser, so maybe the Season 2 finale will do the same. But, Pokaski warned Twitter followers that the last two minutes would cause a major stir, so there’s a chance that a cliffhanger is on the way. Either way, a Season 3 confirmation is hopefully right around the corner so fans won’t be left speculating about what happens next for these heroes. Per Deadline, Season 1’s renewal was announced in July 2018 at Comic-Con, so perhaps Freeform and Marvel will drop the big news around the same time.

Cloak & Dagger often feels removed from the overall Marvel Cinematic Universe, but a recent episode directly referenced Luke Cage and Karen Page. This could mean that there are plans to tie the show closer to other films and TV shows in future seasons. Pokaski previously confirmed to Collider that there's a plan in place for five seasons and he would go beyond that if they could get the rights for even more comic characters. So far, the show has introduced D’Spayre and Mayhem, so it would be interesting to get more comic antagonists like Mister Jip and Nightmare in future seasons.

And, Tyrone and Tandy have just begun to unlock new levels of their abilities to become better heroes on an individual and collective level, which would make them even more powerful to watch in Season 3. If Pokaski is following his overall plan, that means the show isn’t quite halfway done with its intended journey and fans would be cheated of a completed arc.

Fingers crossed that Cloak & Dagger will get a Season 3 (and beyond) to see what the girl with the face of an angel and the boy who moves like a shadow will do next.