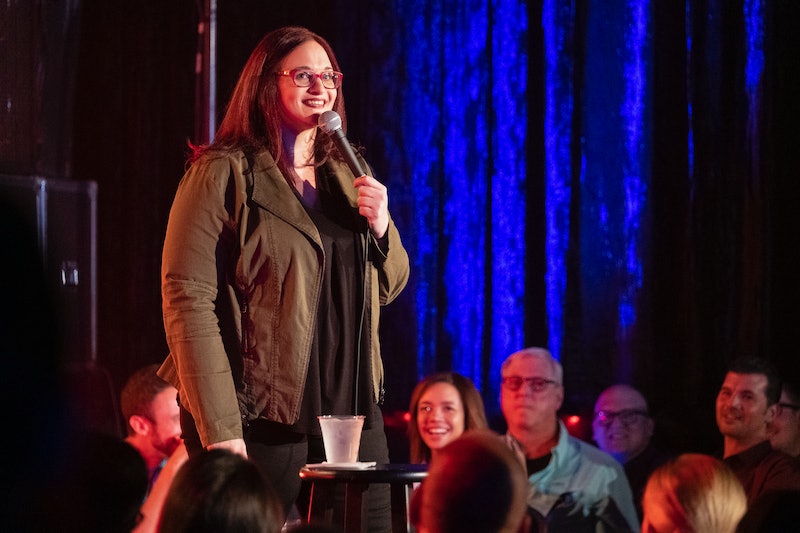 The Degenerates drops its second season on Tuesday, Dec. 31, just in time for a New Year's marathon – whether you're staying in or hitting play while hungover the next day. But at only six 30-minute episodes, it will make for a quick watch. And you may find yourself searching for similar shows to fill the void while you wait for news about The Degenerates Season 3.

Netflix has yet to announce whether or not the show will come back, but given its open-ended format, it could easily recruit a new set of performers for Season 3. Season 1 featured Big Jay Oakerson, Brad Williams, Yamaneika Saunders, Liza Treyger, Joey Diaz, and Christina P., while Season 2 is anchored by a range of established comedians and up-and-comers including Nikki Glaser, Jim Norton, Adrienne Iapalucci, Robert Kelly, Ms. Pat, and Donnell Rawlings (Ms. Pat hosts her own podcast, while Rawlings has been in everything from The Wire to Chappelle's Show).

If The Degenerates is renewed, expect it to return sometime in late 2020 (Season 1 was released in October, so Season 2 is coming several months later, but it's still relatively the same time frame). Until then, there's luckily a lot of comedy out there to keep you satiated.

NBC's new competition show, which debuted earlier this year, pits comedians against each other — think American Idol, but for comedy. The Season 1 contestants hailed from every comedic discipline, including sketch, stand-up, variety, and even magic, while the star-studded judge panel included Kenan Thompson, Jeff Foxworthy, and Chrissy Teigen.

Before her stand-up special, Black Mitzvah, premiered in December, Haddish produced this stand-up show featuring six under-the-radar comedians who are all hysterical, diverse, and ready for their close-up.

This Netflix series is just what it sounds like: stand-up comics like Deon Cole, Aparna Nancherla, and Dan Soder performing their weird little hearts out. It's basically The Degenerates, but not as raunchy.

The Degenerates Season 2 comedian now has her own Netflix special, in which she frankly discusses her sex life.

In a similar vein to The Degenerates, this Netflix series features eight comedians performing 15-minute sets. If some of them look familiar, that's because Michelle Buteau appeared in the Netflix movies Someone Great and Always Be My Maybe, while Season 2 comedian Aisling Bea co-starred with Paul Rudd in Living with Yourself and created her own Hulu dramedy, This Way Up.

And since it's coming back for Season 2, perhaps audiences will finally get the answer to that burning question: "Why are her pies wet, Lord?"

Where to stream: HBO

7. Comedians of the World

This staggeringly large Netflix collection features comedians from 13 different countries and regions, including the Middle East, Brazil, and the Netherlands.

Before Tim Robinson's Detroiters or I Think You Should Leave, there was The Characters. This 2016 Netflix show gave each comedian one episode to let their freak flag fly, showcasing their best off-the-wall characters. Do the names Kate Berlant, John Early, Natasha Rothwell, or Lauren Lapkus ring any bells?