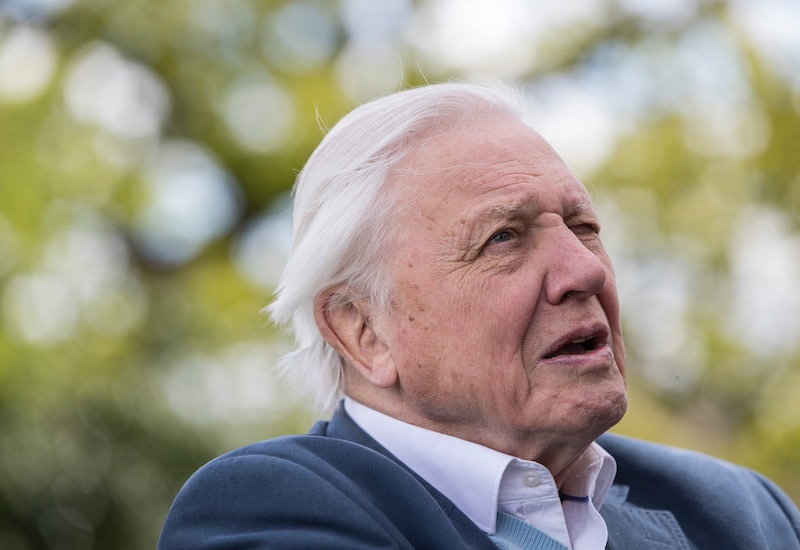 Over the last decade or so, more and more people have begun talking about the very real consequences of global warming, and reacting to it appropriately. While David Attenborough's legendary documentaries used to simply inspire us, now they shock and (hopefully) galvanise as we are exposed to the horrors of extinction, pollution, and destruction. All of which has been caused by humans. It's why Attenborough's work is needed now more than ever — to remind us of the Earth's beauty and fragility. With all that said, I want to know, will there be another series of Attenborough's Dynasties?

Attenborough's five-episode series Dynasties detailed the daily survival of five animals facing extinction, beginning with the chimpanzee on Nov. 11, 2018, and culminating with the tiger on Dec. 9, 2018. But will Attenborough ever return to this project? Since his Blue Planet series really took off, resulting in another go around, a concert tour, and even a recent live series, I'm curious as to whether Attenborough will return to the much-loved Dynasties.

While a second Dynasties series is yet to be announced, there hasn't been any word the other way either. Bustle has reached out to the BBC for comment about the potential of a second series, and I'll let you know when I hear anything.

However, making a second season of this epic show would be no mean feat. As the show's Executive Producer Michael Gunton revealed to the Express on Dec. 9, 2018, Dynasties was "a highly risky undertaking." Everyone knows it's filming 101 to avoid working with animals or children, so just imagine spending the day with a bunch of tigers. And aside from the obvious physical dangers, the crew also ran the risk of ending up "with no story at all," according to Gunton. "After all, nature is notoriously unpredictable," the producer quipped to the Express. Luckily, however, the Dynasties team came back with some phenomenal footage for series one.

It was a long time in the making though, so if Dynasties II were to be a thing, then I wouldn't expect it any earlier than 2024. As the Express also reported, each instalment of Dynasties took a year to film, meaning that the whole series took half a decade to produce. That's not something you can just repeat overnight.

Plus, a potential second series would have to be pushed back a bit, since Attenborough's got a helluva lot on his plate at the moment. Your man's really out here bringing climate change awareness to the masses, particularly since his Netflix-exclusive series Our Planet came to the streaming service on Friday, April 5.

Attenborough also has his super ambitious One Planet, Seven Worlds series on the way, which should arrive on BBC1 sometime later on in the year, as Digital Spy reported on March 26. It'll see Attenborough travelling to each of the continents to show the struggles animals across the world face in an increasingly modernised planet that has been ravaged by humans.

More like this
How To Follow 'Love Island's Casa Amor Contestants
By Sophie McEvoy
Michael Owen Has Shared His Thoughts On Luca & Gemma
By Bustle UK
Here’s What Happened To Every 'Love Island' UK Couple
By Orla Pentelow
12 Crucial Casa Amor Predictions About Who Will – & Won’t – Stay Loyal, Babe
By Victoria Sanusi
Get The Very Best Of Bustle/UK