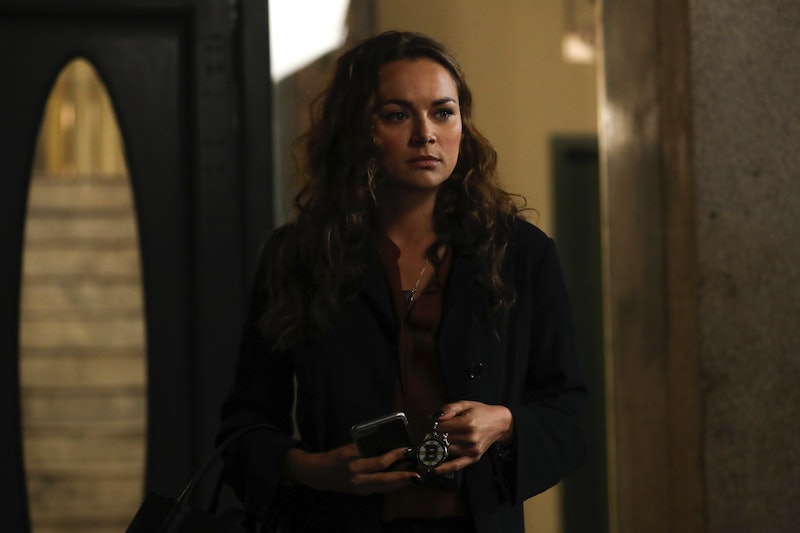 As we near the halfway point of A Million Little Things' first season, it feels like we're finally getting to know what makes these characters tick. However, there is one person — Jon's assistant, Ashley — who remains just as much of a question mark as she did during the series premiere. Her shady behavior concerning a mysterious insurance policy involving someone named Barbara Morgan is particularly puzzling. But when it comes to finding out this person's identity, theories about Barbara Morgan on A Million Little Things are definitely not in short supply.

Now, considering that we pretty much know next to nothing about this woman, any predictions that are concocted need to be taken with a grain of salt. That being said, the lack of information provided means that the sky's the limit in regards to how she can fit into the storyline and why Ashley is working so hard to keep it a secret from the rest of the group.

The fact that she made a point of hiding the insurance policy, along with an accompanying note to Delilah from Jon explaining everything, proves that she's somehow involved in the missing pieces of this puzzle. But what could it all mean? These theories will help to figure out this Barbara person's identity once and for all.

She's A Former Lover Of Jon's

One Reddit user meanwithag, theorized that Ashley is actually Jon's daughter and that "maybe her mom’s name is Barbara." One could argue that there's no proof to back up this claim, but by the same token there's no proof that it isn't true either. That's the beauty with theorizing about a mystery character. It makes the possibilities of who they are pretty limitless. Now, is it likely that Jon had a secret child with another woman and never mentioned it to anyone? No, probably not. But when it comes to this show, it's important to not rule anything out.

We've Actually Seen Her Before

In a blink-and-you'll-miss-it moment during the series premiere, UnREAL's Constance Zimmer made a cameo appearance at Jon's funeral. She spoke to Eddie briefly, but hasn't been seen since that interaction. It feels odd that Zimmer would've been cast in such a small role, however, what if it's all part of a bigger reveal down the road — like that fact that she is the mysterious Barbara Morgan.

ABC confirmed to TVLine that Zimmer's character will return to the series later on, though it has yet to be know who her character's name is. (Zimmer's IMDB page simply has her listed as "Mourner.") Sound pretty ambiguous for such a minor role, which means there could be a lot more to this person than meets the eye.

It's A Lot Less Complicated Than We Think

One of the only concrete things we know about this particular plot is that the secret life insurance policy listed Eddie, Gary, Rome, and Barbara as primary beneficiaries. The first three people on that list were Jon's closest friends. Is it possible that Barbara is just a really old friend of Jon's that he wanted to include in whatever this form involves? He made sure to set up Regina with a building to open a new restaurant, so Jon clearly wanted to make sure that the people he loves were taken care of after he was gone. Could Barbara simply just be a friend he wanted to look out for and nothing more? It'd be a little anti-climatic after weeks and weeks of speculation, but perhaps that's the genius of it all?

It's only a matter of time until the answer to who Barbara Morgan is becomes clear, but in the meantime these theories could better prepare us for how it'll play out and what it'll mean when the rest of the group finds out about that darn folder.