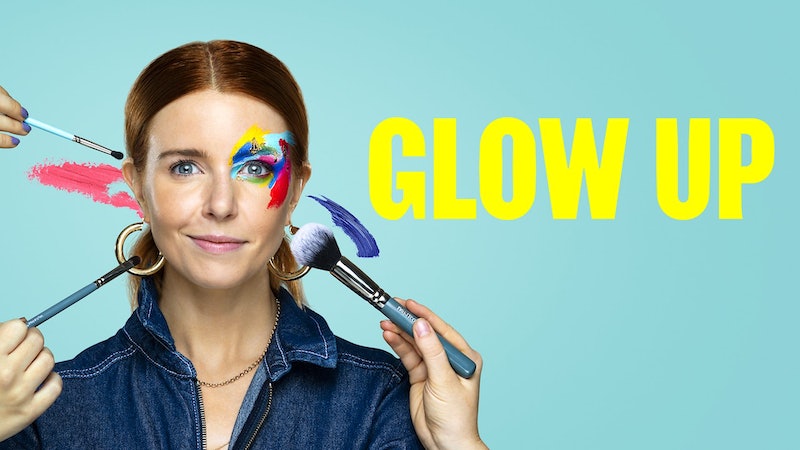 BBC has been bringing the all the entertainment you could ever want since its inception. However, in the last decade or so they have been absolutely smashing it. Especially in the realm of light AF competitions which totally grab you but also hella warm the cockles of your heart. Let's talk about it being the original home of the Great British Bake Off, The Great British Sewing Bee, and, of course, Masterchef. And one of its newest shows, Glow Up: Britain's Next Make-Up Star, is all kinds of excellent. So will Glow Up return for season two?

I reached out to BBC Three reps to confirm that there will be a second instalment of the show, and they have said nothing is confirmed yet. However, after a little bit of digging, I have spotted that casting page for a new series is live on Wall to Wall's website. (Glow Up season one was a Wall to Wall production). I have asked the BBC Three rep if they have any comment on this casting page, and they advised that there is still no confirmation on a second season.

The show, hosted by fan favourite and Strictly Come Dancing champion Stacey Dooley, has been an absolute smash hit and TBH who is actually surprised? This tried and tested format of passionate people turning their personal pursuits into a profession (try say that ten times) is damn near perfect.

Val Garland and Dominic Skinner are the judges for the show and, guys, these two know their stuff. Skinner is no less than the global senior artist for MAC cosmetics and Garland is the Global Director of L'Oreal Paris alongside being a contributing beauty editor at Vogue, according to Metro.

Every week, the contestants on the show are set some serious challenges. Now I don't mean itty bitty challenges. Oh no. They are lumped with real-world professional-level assignments as well as themed creative tasks over at the Glow Up HQ. At the end of each episode, the two make up artists who have failed to wow the judges enter the elimination face-off. What's that I hear you ask? Well it's only a massive make-up skill drill under some crazy time pressure. Whoever wins this gets the chance to fight another day and it's curtains for whoever is left.

Now we are down to the final three (Leigh, Ellis, and Nikki), and TBH I can't wait to watch the final tonight (April 24) to see who walks away with the win.

One thing for sure though is that, for Dooley, hosting this show has been an absolute treat and just the ticket for her. And that's understandable, as she is best known for doing heavy subjects as an investigative journalist. So much so that some people even went so far as to question her being involved in the show. You know, because a person can't do more than one thing, right? Erm no guys, people can do what they damn want. Dooley responded appropriately saying on her Twitter account:

"This is such a Stone Age assumption. You can care about human issues, the planet and also be into fashion. You can also take time out to look after yourself mentally."

Watch the finale of Glow Up: Britain's Next Make-Up Star on BBC iPlayer now or at 10.35p.m. on BBC Three on April 24.