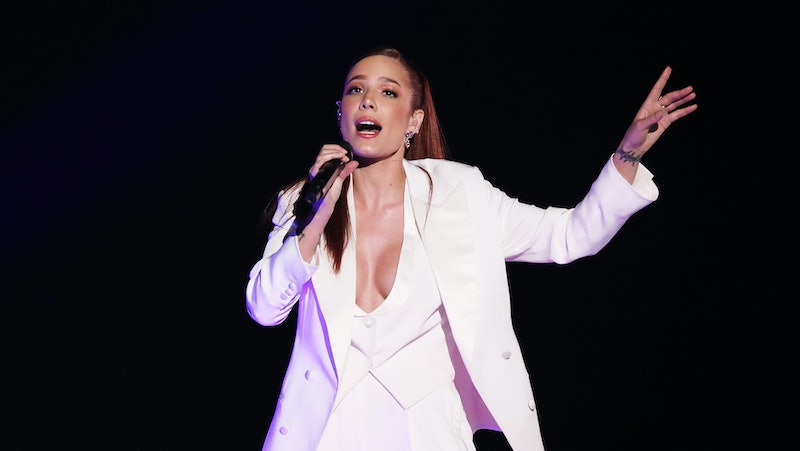 She’s gone from the queen of social media to worldwide fame in eight short years, showing that this really is Halsey’s world and we’re just living in it. Following the release of her third studio album, Manic, UK fans have been desperately been counting down the days until they can see the singer live. So, will Halsey tour the UK in 2020?.

Luckily, British fans won't have too long to wait to see Halsey on stage. Embarking on a Manic World Tour, the “Without Me” singer is playing a bunch of shows across Europe in February before landing in the UK in March. Kicking things off at the SSE Hydro in Glasgow on March 8, Halsey (real name Ashley Nicolette Frangipane) will then play London’s O2 Arena the following day.

After popping across the sea to Dublin, where Irish fans can see her perform at the 3Arena on Tuesday 10 March, Halsey will return to the UK stage at the Manchester Arena on Thursday 12 March. Now that’s what we call a busy schedule.

If you’re worried you might have left it too late to grab tickets to see the pop star, I’m here to tell you to chill. Tickets are still available for all four of Halsey’s shows in the UK and Ireland, so grab a friend and head on down.

Following the successful launch of Manic, Halsey appeared on Saturday Night Live alongside Star Wars and Marriage Story resident tall man Adam Driver. As well as performing her new songs, "You Should Be Sad" and "Finally // beautiful stranger", the 25-year-old showed off her comedy chops as she guest starred in some hilarious sketches.

For any fans of Netflix's Cheer – so, all of us – Halsey's recent performance in Saturday Night Live's cheerleading sketch is not to be missed. With the Daytona nationals fast approaching, coach Monica (played by Heidi Gardner) is willing to let just about anyone make mat, no matter how bad their injuries are. Yep, that includes Tara (Halsey), whose been stuck in the ceiling ever since a stunt went wrong.