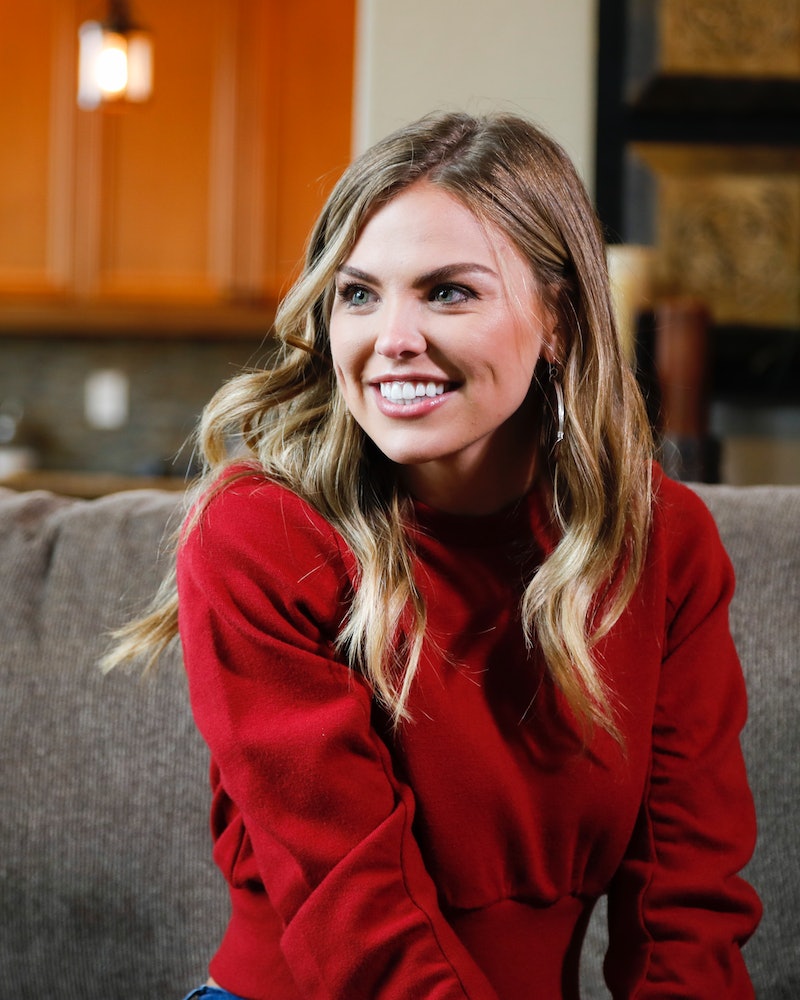 While there's technically only one "winning" spot on any season of The Bachelor, becoming the next Bachelorette is a close consolation prize. When one door closes, another one opens, right? Usually, the franchise picks someone from the most recent Bachelor season to cast as its new leading lady, and while Colton's season features a few well-suited candidates for a role, there's a compelling argument to be made that Hannah B. should be the next Bachelorette.

Hannah B. is on track to make it to the hometown dates, which is no small feat in the world of The Bachelor. In the past, making it that far is a surefire way to be considered for The Bachelorette, as was the case with the two most recent Bachelorettes, Becca Kufrin and Rachel Lindsay. It's difficult to stand out from the dozens of women looking for love each season, and Hannah B. has succeeded in doing so. But what is it, exactly, that makes her so well suited for the role of Bachelorette as opposed to a stay in, say, Bachelor In Paradise? She actually has quite a lot going for her that suggests she could find herself in Colton's position as soon as this spring.

The Bachelorette Loves A Southerner

Of the past three women to fill the role of Bachelorette, two of them were from Texas — JoJo and Rachel — and the other one, Becca, was from Minnesota. Hannah is not only from the south, she was literally Miss Alabama. If the series wants to reclaim some southern charm after its brief excursion to the Midwest, Hannah is an obvious choice to go with.

When Caelynn and Hannah B. revealed that they knew each other, it appeared that this season had found its season-defining feud, much like Jordan and David's in Becca's season or Kenny and Lee's in Rachel's season. However, the fact that both of them were able to just talk out their conflict and put their past behind them shows Hannah isn't one to get too caught up in petty drama, and she would be able to maturely handle whatever fighting her potential suitors may drag her into.

She's Got Charisma For Days

The women who have anchored past seasons of The Bachelorette each have a vibrant personality and a sense of humor. One does not win Miss Alabama by being uninteresting, and Hannah B. has proven time and time and again that she's one of the most entertaining contestants on Colton's season.

There's no guarantee that Hannah B. will go on to be a Bachelorette, but it does look possible. Then again, it seemed like a safe bet that Tia would be the woman to get her own season of The Bachelorette until Becca's breakup with Arie made her a more obvious choice. There's no telling who will get the privilege to have men compete for their heart on national television, but Hannah B. is an interesting, exciting, and clear frontrunner for the role.